THIS is the 19th car in the series.

This model is #1 from this 3 car mini series, created by Epitome Exclusives (but like ALL the other Turbo Buicks, manufactured through GMP).

With stock sized Goodyear tires in the front and drag slicks in back, keep an eye on the tachometer, the a-pillar boost gauge, and the hood mounted fuel pressure gauge, then get ready for that 3.8 liter V6 to take off!

This issue would start the beginning of a new GMP part number sequence (G1800211, as opposed to 8104) for the models. 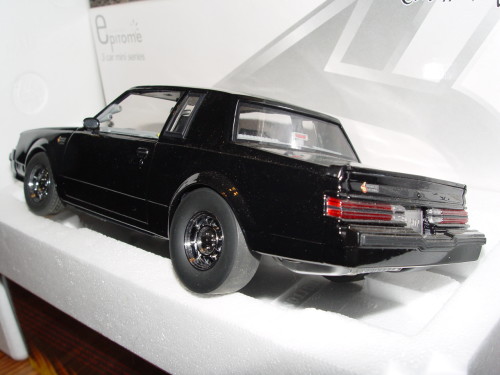 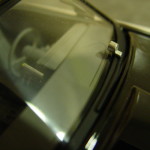 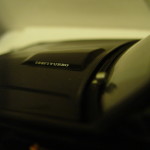 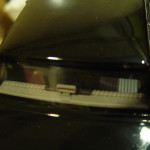 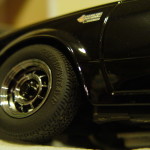 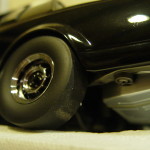 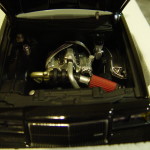 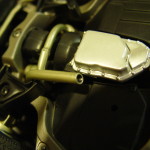 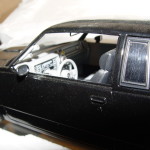 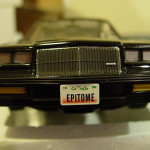 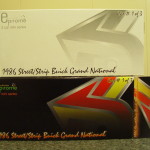 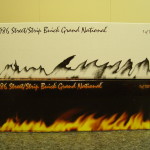 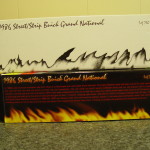 In 1986 a new American musclecar was born. Buick’s turbocharged and intercooled Grand National. The Grand National model had been around for a few years, but this was the first one with the punch to knock out the competition. This car could run sub-5 second 0-60 mph times and run the quarter mile in under 14 seconds… and this was just from the factory. With a few basic modifications this car turned into a silent but violent street beast that could rip off 12 second runs on pump gas and then go to the strip on race gas and give its foes 11 second, whistling nightmares. Not bad for a 231ci V-6 engine that got over 23 mpg. The 30,000 Buick Grand Nationals produced in 1986 and 1987 are classics today that commend the highest respect in the automobile enthusiasts world. Their affinity to breathing heavily on the street and strip with just some minor tweaks have earned them the #1 ranking as possibly the greatest pure musclecar of all time. 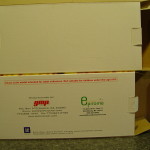 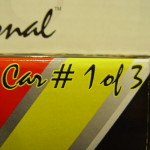 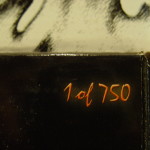 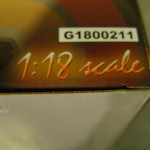 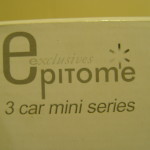 The Warning Label on the Bottom of the Inner Box says:

(in a red outlined box, using red letters): Exact scale model intended for adult collectors. Not suitable for children under the age of 8. (this was standard verbage on all the boxes from the Buick Regal series)

NEXT car in the series: Molly Designs 1987 Buick GN (car #2 from this mini series).
Be SURE to check back in tomorrow to see it!