So I was looking for a few custom Buick graphic decals for the GN.
After discussing some ideas with my local graphics guy, jokingly, sort of, he asks me if the GN is… as fast as lightning…

It initially started as just a windshield sunvisor graphic to replace the standard, off the shelf, white letter vinyl decals that were on there to advertise the URL to this website.
But once that first piece was generated, it was waaaay to cool to just stop there…

And thank goodness my graphics guy is “into” developing cool custom graphics, along with accepting the challenge of me throwing him a bunch of crazy ideas (some that are able to be realized and some that he just flat out says no to, lol), we work together on creating a balance between what I have envisioned, what I want, what he’s realistically able to do and what’s actually able to be accomplished via printing. Perfect simpatico!… mostly…

Along with the front & back windshield sunvisor decals, the underside of the hood warranted a special piece as well.

Every panel in the interior that had a factory placed decal on it, received an upgrade in the style of the new lightning theme.

Overboard? Perhaps, but it looks very cool & different, & that’s what makes the world go round, right?!

These pictures don’t do justice to the effect these have in person.
Pretty much everyone who sees them close up is amazed & compliments them.
Admittedly, they’re a bit out there, and so far, purists haven’t thumbs-downed these since they look very good, almost like they belong there… 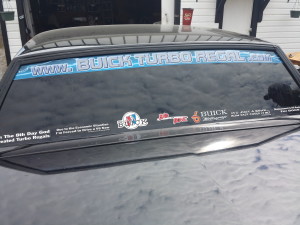 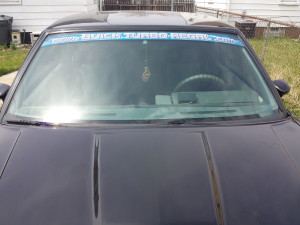 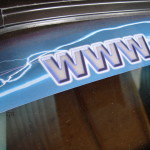 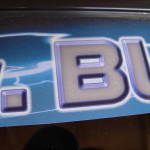 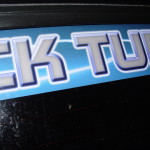 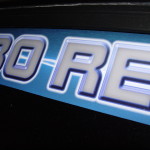 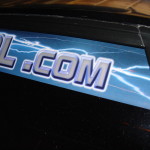 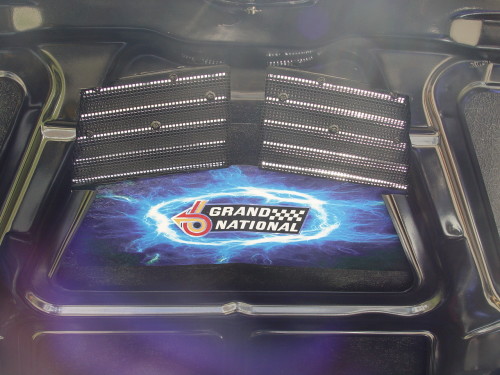 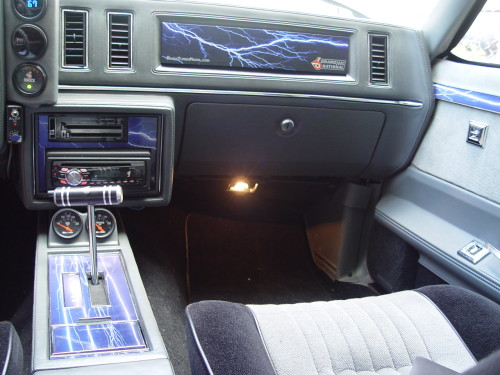 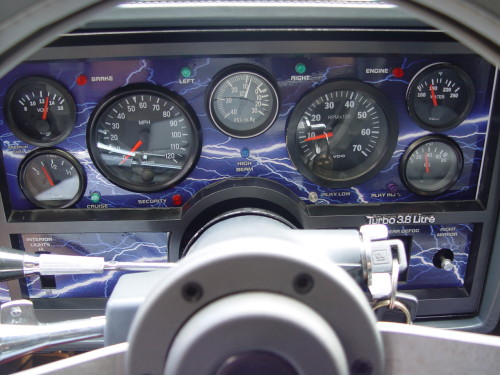 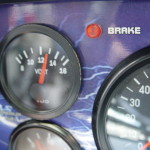 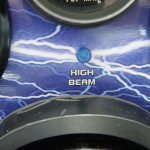 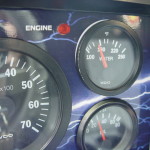 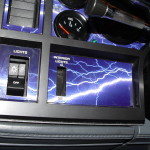 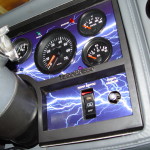 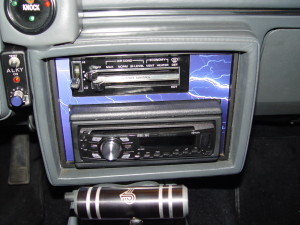 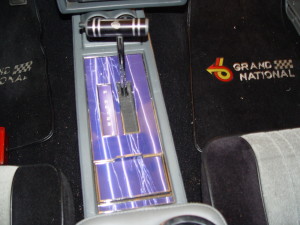 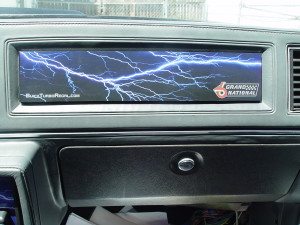 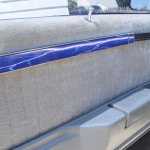 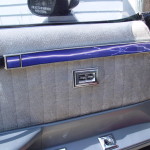 Like them? Have your own design/theme/style in mind?
My graphics guy can produce some custom Buick graphics for your turbo regal as well!
(since I already have the specs/sizes measured out already for all of the pieces)
Contact me & I can get you in touch with him!

On the rear interior quarter panels (under the side windows), a pair of 6″ (mid) speakers were added on, and this of course, had to be in theme with the rest of the Buick graphics, so a set of cool lightning-themed decals were created and stuck onto the custom speaker panels (made out of plexiglass) that were grafted onto the OEM side panel. 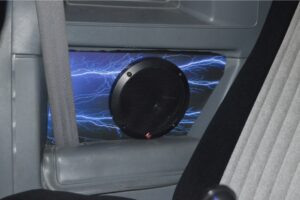 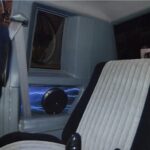