Outer Box: yes (for each)

THIS post is the overall information about the set (BOTH cars & the litho).
The next 2 posts (following shortly… today) will be each car shown separately.

These 2 cars (the first 300 from Epitome Exclusives Buick 300 club) were issued as a set, including a limited lithograph.

Interestingly enough, the first 300 cars had the Epitome GOLD license plates like all the cars before (from EE’s club). The remaining 180 models had silver license plates! Which, in this case, makes them even RARER than the ones with the Gold plates!
{this was the ONLY time that this had happened!}

This 11″x14″ numbered lithograph would be the last one ever offered within the Turbo Buick diecast series.

The 2 cars in this set were the last models to have this type of part numbering (like: 8104). Afterwards, they would go to a totally new numbering system (next car starts at: G1800211 {Epitome’s 1986 street/strip GN} and runs this way for 16 more models {until the end of the series – #G1800226} with no missed numbers in between).
{the number change is most likely because GMP’s manufacturing plants in China were switched}

The yellow flamed cars outer box was pretty stark as far as verbage, but it did have outlined black flames over all of it!

The inner boxes have the new GMP logo (stamped in red/silver foil) on them (and a lot of them, in fact! Both sides, both ends, & the top) that started with the last car shown in this series (Tweaked).

The Certicate of Authenticity states that it was issued (JUST) for the yellow 1987 Buick Grand National Drag Version & it comes with ONLY the first 300 cars (the ones with the GOLD license plates).
{whereas there were 480 lithographs created & ALL 480 cars received them}
.
The COA has a ghost image in the background that says: “1987 Buick Grand National Drag Version”

More specific details on each car will accompany their forthcoming respective posts. 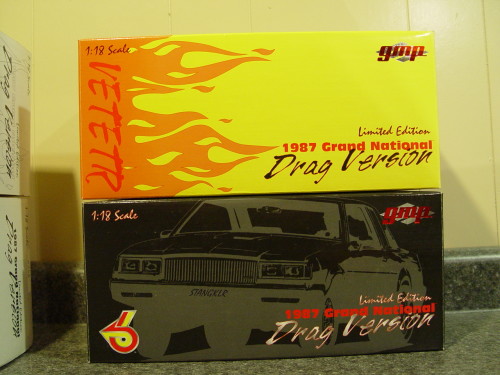 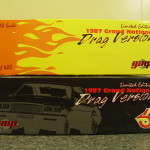 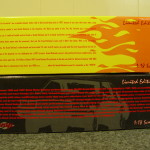 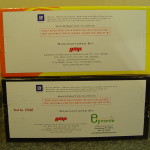 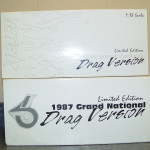 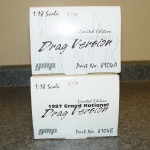 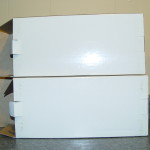 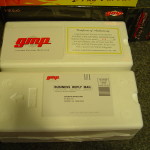 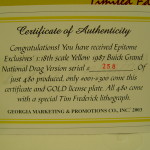 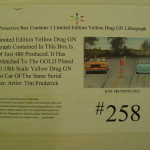 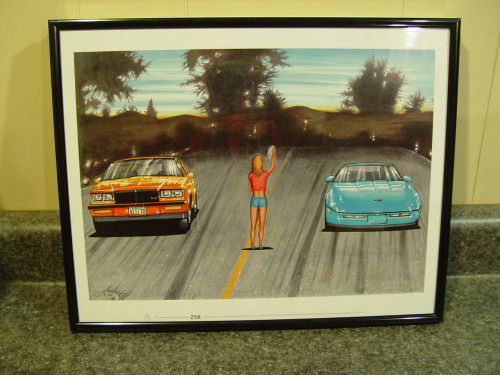 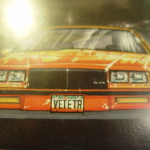 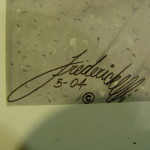 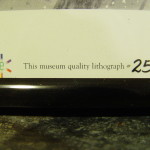 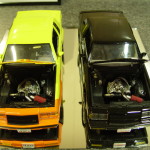 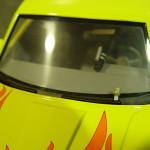 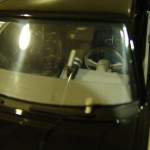 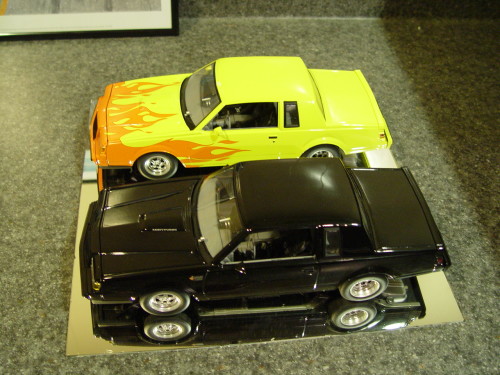 NEXT car in the series: (1st half of the 2 car set listed above) yellow flamed Drag GN.
Be SURE to check back, in about an hour from now, to see it!

Want to check out either of these cars?
yellow GN   black GN