THIS is the 22nd car in the series.

Created by Epitome Exclusives, (as a special for the 300 Gold Club members) made to be as “rare” as the real sage colored car, ONLY 199 of these cars would be produced!
(making this very rare car, rare indeed, as it’s the lowest quantity ever produced in this whole entire series of turbo buicks!)

There was an error on the boxes, which say “1 of 200 produced” (it’s printed on both inner & outer boxes). Some of the cars that were sent out received a corrected sticker (placed over that printing) that stated the true production quantity: 1 of 199, while others did not have them (like the model shown below). 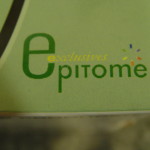 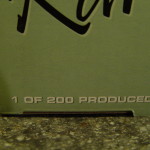 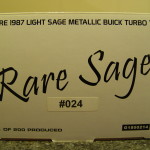 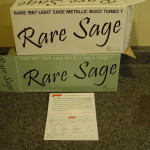 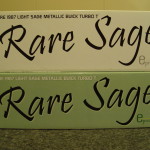 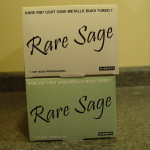 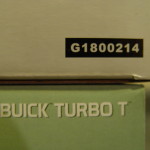 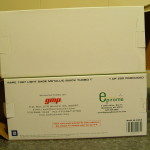 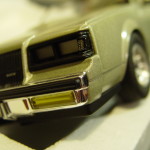 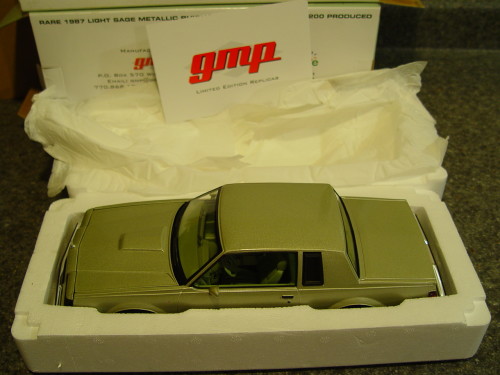 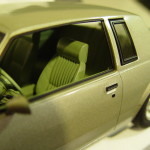 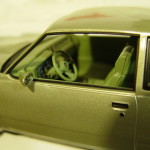 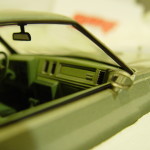 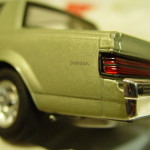 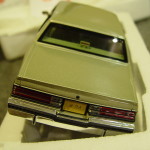 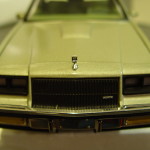 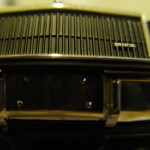 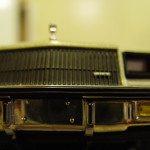 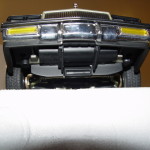 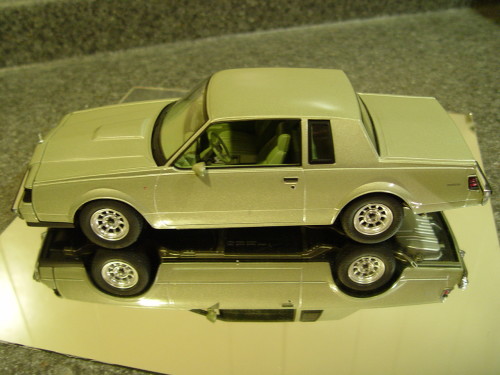 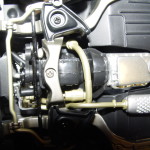 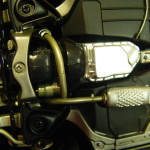 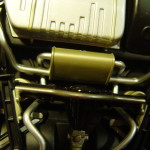 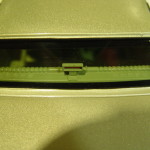 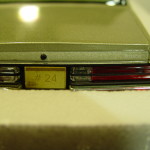 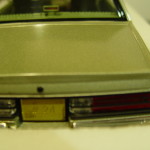 NEXT car in the series: ’87 Buick Streetfighter (silver)!
Be SURE to check back in tomorrow to see it!

Want to see a list of ALL the diecast cars ever produced?
(including GMP & many more).
Buick Regal Diecast Cars

BEHIND THE SCENES STORY FROM TED HIRSCH,
EPITOME EXCLUSIVES:

As some of you know already, before full production on diecasts can be run, there are samples created, called “prototypes.” These cars are made to be sure all of the little details are proper and correct.

Since many of the diecast G-body Regals were initially produced (started) from previously made vehicles, occasionally the designers (who didn’t always know what was proper or not) would create some errors on the new Turbo Regal model cars being made.

Such was the case for the first rare sage sample. It inexplicably had fender vents on the hood and clear headlight covers, as well as having “rare sage” as the license plate, which none of the production cars had.

The fender vents in the hood was because of the Tweaked car. They did the same thing to the first yellow drag version samples.

These issues were corrected on the next sage sample car created, making this rare sage error car, well, even more “rare.” (see pics below)