Sometimes the toy car manufacturers create an idea for a version of our popular G-body Regal for mass production to the public.
But then, for whatever reason, they decide to not actually produce it.
That’s the case with this Fast & Furious Prototype that never made it to market, but this prototype survived, which is unusual, since most of these 1:64 scale diecast cars get destroyed, or are stored deep down in the dark vaults over at the Johnny Lightning factory never to be seen again.

Notice the gold markings, no factory date code stamp (which would have had a date had it been ok’d for production), and Universal Studios legal info on chassis, all designating this as an actual prototype sample. 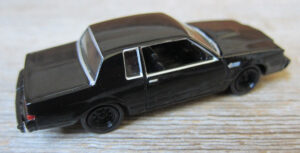 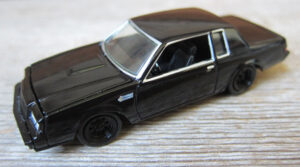