Train hobbyists as well as Buick Grand National toy car collectors were enthused when Monogram released these turbo regals in 1:87 scale within their Mini Exacts series.

There were 4 different boxed versions available; the turbo buick regal by itself in a single square box, in a triangle shaped box, as a 3 car set, and as a 6 car set (which this last one is the hardest one to find if you’re trying to get all the different versions that were made). 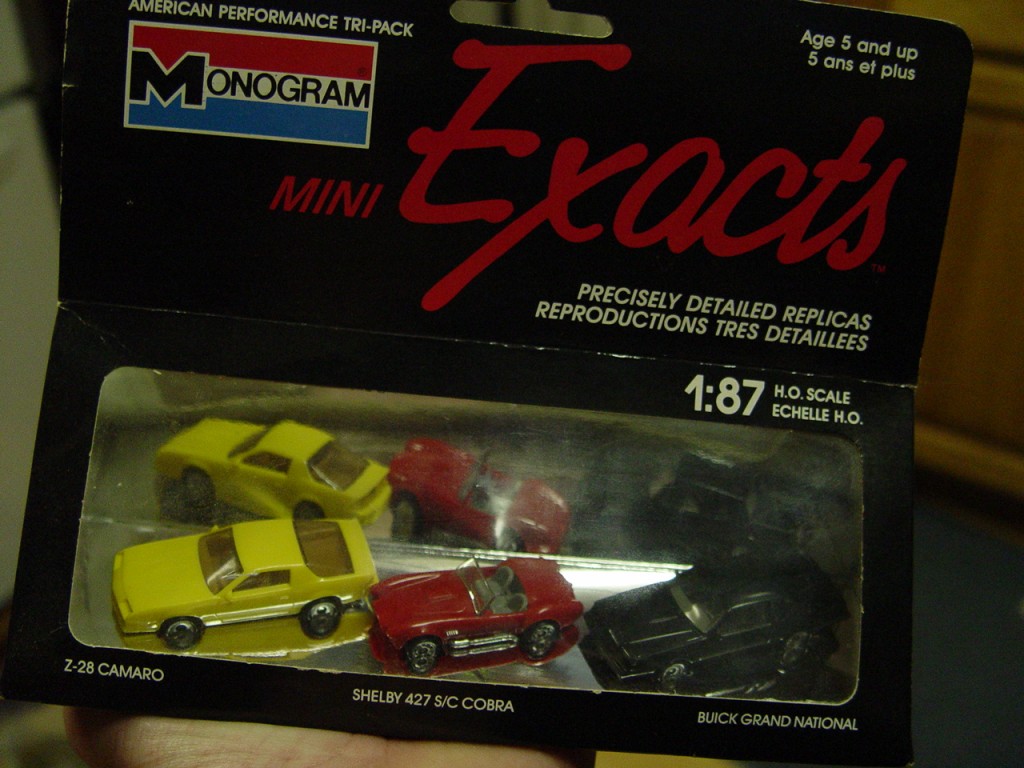 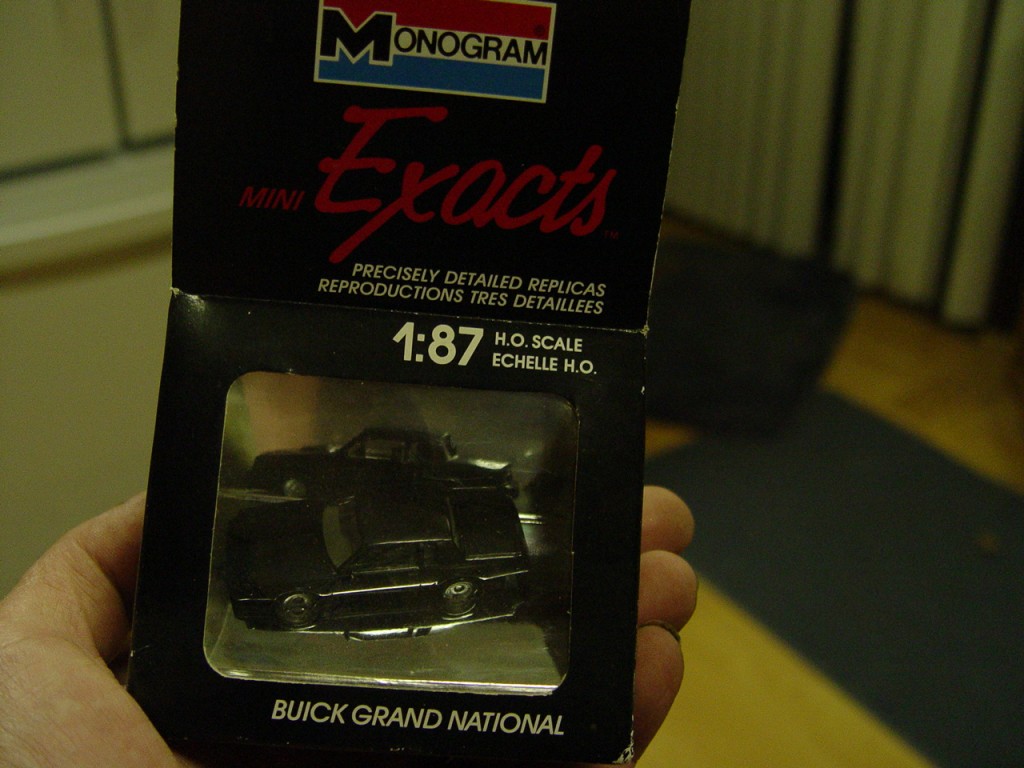 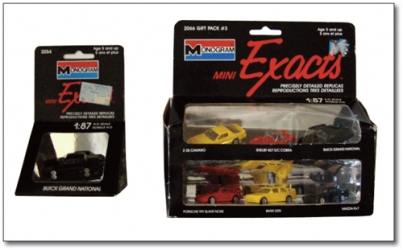