THIS is the 23rd car in the series.

The silver metallic body with a black racing stripe (surrounded by a red outline) on the side, coupled with torque thrust rims & race car interior is sleek and mean and ready for some serious street racing!
The 4 wheel disc brakes make it easy to stop too.
Complete with red performance sway bars, racing fuel system (including simulated braided hose), open exhaust, devoid of exterior emblems (save for the Buick grill emblem) and blacked out side marker corner lights, this sleeper is ready to take on the competition!

The front license plate has the Street Fighter logo on it.

The undercarriage says this specific model was issued under the Buick GNX license!
{which could explain the lack of “T” emblems found on this car)

This model would be the last one ever with the red/silver foil stamp on the inner box (on the top & both sides of this cars box).
{GMP would go back to just having their logo printed on all of the following boxes for the rest of the series, just like they had when they fist started this Turbo Buick series} 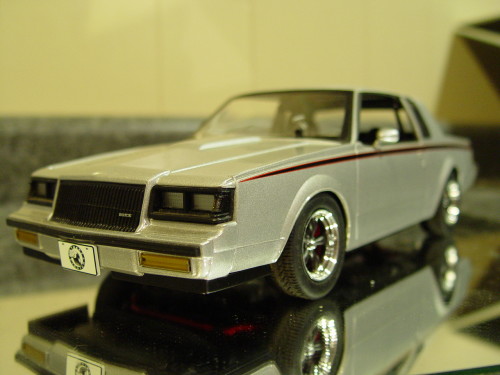 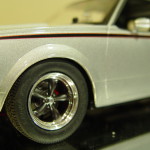 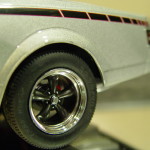 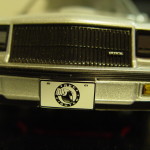 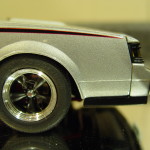 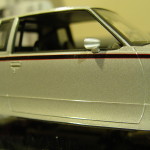 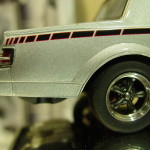 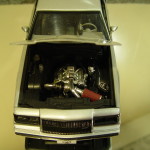 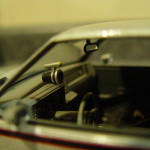 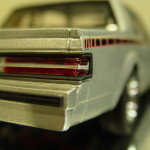 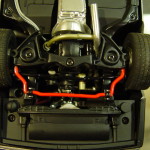 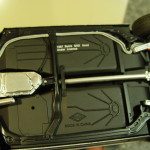 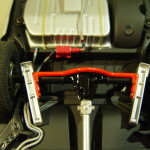 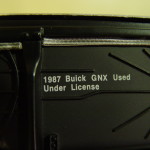 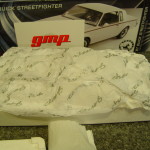 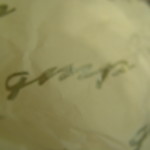 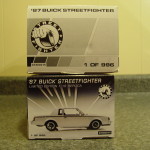 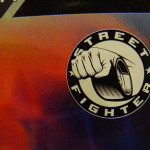 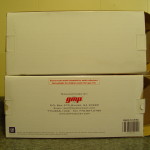 The Bottom of the Box says:

(It has the GM logo in front of that statement, with the numbers GM 0999 on the right side, and the words “OFFICIAL LICENSED PRODUCT” under the logo) 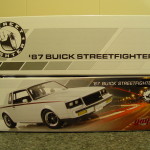 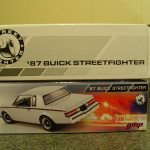 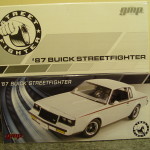 NEXT car in the series: Ultra Rare D84 Designer Series Cars! (set of 4)
Be SURE to check back in tomorrow to see it!