As to not mislead you about the title, I’m referring to this guys purchase of the Buick GNX, and NOT the owner himself!
The owner is one of the more cooler Buick guys that I’ve met!
And especially for an “X” owner!

There were some TR’s & other assorted G-body vehicles cruising Gratiot Avenue yesterday for the 2013 annual cruise, but nothing real spectacular like when they come out for the annual Woodward event. So I decide to walk to see what I can see.

As I’m strolling along heading north, walking up the street, looking at all the cars parked in the various lots, there’s not a lot of cars that I’m particularly interested in, I mean they’re nice & what-not, just not what I’m really into.
So I keep on walking… Until…
I see a lonely black car nestled up with a bunch of other hot rods in a used car parking lot.
Pretty much a lone wolf for what it was.
Not really where I would expect to see a car like this.
But considering the owner was with a bunch of his friends (hence, the other muscle cars & such), that spoke volumes.

A particular black car that has some special badging on the grill.
You know, those one of a kind grill emblems that they only put on those very special 547 regals that they made back in 1987.

I think to myself, yeah, probably a clone.
But whatever, it looks cool, and THAT is what I’m into, so let’s take a closer look.

Hmmm. First I glance around the car, trunk badge, ok, then I get to peeking inside.
Hmmm, dash plate too. Not a bad job for a clone so far.
Alright, now I gotta bend down & look at the rear axle.
Looks good, looks legit, but even the special rear ends are being reproduced nowadays, so this really means nothing just yet. I think to myself, I wonder if the owner is hanging around somewhere.

As I’m getting up, this guy is just staring at me, uh-oh, maybe I’m in trouble!?
I got too close, some Buick GNX owners are really protective of their babies (and rightfully so, I might add).
He says, as he’s looking at my Buick Grand National t-shirt, “I take it you know something about these cars?”
Uh, yep, you could say that, I respond, as I hand him one of my biz cards for this website.

“Is it real?” comes bluttering out of my mouth, in reference to his GNX.
Yeah, with a laugh after saying that is his response.
I shake my head in wondering what that was all about.
He’s aware of my curiosity & states “I wish I had a dollar for every time someone’s asked me that.”
I immediately inform him, well, ya know, most X owners don’t usually “drive” their cars! Or if they do, they just don’t go off & park it next to other run of the mill muscle cars & such.
(and I could tell he indeed does drive this car, {not that it looks bad, as it doesn’t, in fact it looks real good for some of the other stuff he told me he did to this car in the past!}, although he admits to only taking her out a handful of times nowadays).
He nods, and tells me, well, I bought it to drive & got a great deal on it when I was shopping for just a regular GN!

NOW my curiosity is really peaked! Do tell, says me, do tell!

Back in 1999, after having quite a few other various turbo regals in the past, mostly beaters, I was finally ready for “a nice car.”
Something clean, something fun, something I could drive regularly.
I was actually in the market for an 87 Grand National.
After looking for a bit, I just happened to see an ad, in the auto trader of all things, a listing for a Buick GNX.

After a few tries of calling him, I finally spoke with the owner & arranged to go see it.
In a shady part of Detroit, no less.
I was sort of skeptical at first, but had to go check it out, considering how much the guy was asking for it.
This rickety garage was where it was stored in.
The guy opened the door, and started backing it out.
I was bent down looking under the car at the axle for verification.
{Editors note: back in 1999, they didn’t make a reproduction of the correct axle housing & support bars, etc., so that was a pretty good indicator to tell if it was real or not back in the day}.
Barely getting the car all the way out of the garage, I told this guy, that’s far enough.
I quickly checked a few other things, and told him I wanted it.
He said, well, fine, but I need ALL the money by noon tomorrow. (It’s Sunday afternoon right now).
OK, no problem I said, but in my mind, I’m thinking I need to go home right now & make some FAST plans on how I’m going to raise the money to buy this awesome car!

ring, ring…
Hi, Dad, how much CASH do you guys have at the house? Can I borrow it?
Next step, I grab my checkbook.
OK, I can drain this sucker out & just barely make it!

The next day, with some uncertainty, I bring the cash to this guys house.
My dad drops me off there, and says to me before I get out of his truck, are you sure about this, son?
Yep! I hope so… uh… ok… here goes…

I look at this Buick GNX again, and say ok, lets do this.
The guy says, alright, lets go in the basement to count out the cash.
{!!!!!}
Am I gonna get killed?
Is this guy gonna bump me off?
Could this be the end?
Oh man… Am I in trouble here?
Luckily, all is good, he counts it out, hands me the title, and says thanks.
AWESOME!
I can’t believe I just became one of the “fortunate” owners!
Now let’s get the hell out of here!

That’s pretty much the way Steve tells it, of course, 1st person telling always sounds better, so when I heard this story, it’s really amazing!
Oh yeah, forgot to tell you the best part!
How much he paid for Buick GNX # 499!

Well, considering Steve was just 30 years old when he came upon this deal of a lifetime, ask yourself this:
If YOU are just 30 years old, and a truly mind-blowing automobile comes along, at a fantastic bargain, what do you do to raise the cash, literally, having less than 1 day to get it?
Beg, borrow, steal?

Steve said he was lucky he managed to pull all this together, having some savings + good parents who he had good credit with, who loaned him the money to purchase this dream car!

Steve told me he works a lot these days, so doesn’t get to drive it all that often.
(which reminds me Steve, that’s not good for a car to sit like that, so why don’t you let ME keep her legs stretched a bit more often than you drive it? I won’t even charge you for this “service” that I can provide! hehehe).

He stated he has gone drag racing with it years ago, where he put a transbrake in it, cranked up the boost (he took the original turbo & intercooler off of it & has them in storage), and launched it to a 1.5 60 foot time, netting about 11.30s in the quarter! Rock on!

He spoke about one time going down the strip & the car leaking antifreeze!
Right THRU the fender vent!
I laughed & said ok, funny, well, not funny, but pretty funny!
It had to look insane going down the track next to him!
(which, indeed, it did, a local Buick shops owner, who has a GN, WAS actually the one who saw this occur, as he was the one next to him in the lane & informed Steve about that! Steve said he was wondering why this guys mouth dropped & was staring at the GNX as they were making the quarter mile pass!)

Steve also mentioned about some minor problems he’s had along the way (about as much as the rest of us have our own issues with these turbo regals).

The X has some 89,000 miles on it now.
However, the paint still looks good, the interior is nice, underhood has almost all of the original stuff, etc.
I wasn’t really impressed with the inside of the trunk though, as it contained the wrong brand of beer!

Wanting to really check out some specific items on the car, like inside the fender louver ducting, some GNX specific details, parts, etc., normally you get close to a car but its never really close enough to examine for your own tastes, since it’s not YOUR car & you have to be careful.
You know what I mean?
Steve, however, tells me, just get right in there! lean in/on/whatever, I’m not worried! Check away!
COOL! 🙂 muchos gracious!

After all these tidbits & tales he’s revealed to me, I told him I felt bad for all the problems he’s endured, and generously offered to give him back ALL of his original purchase price for the car… to which he turned me down.
I just didn’t want to see him suffer any longer, and have no more future problems, that’s all, pretty kind of me, huh?

Before I left to carry on my way, my last offer to him was $20,000, so that, you know, he could actually MAKE money on the deal, considering he only paid 15 for it.
I said, look, you’re gonna MAKE 5 grand!
Not to mention the fact that you got a lot of use out of the car!
He just shook his head & walked away…
What’s wrong with this guy?
Not a lot of people make money on car deals!!
(lol) 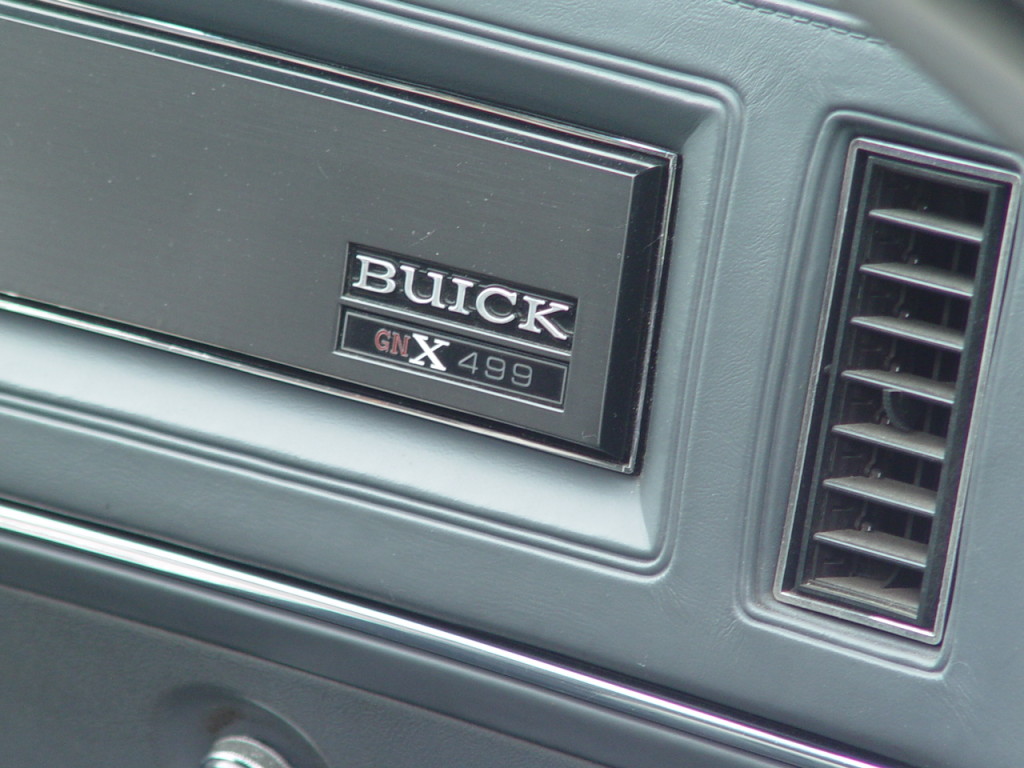 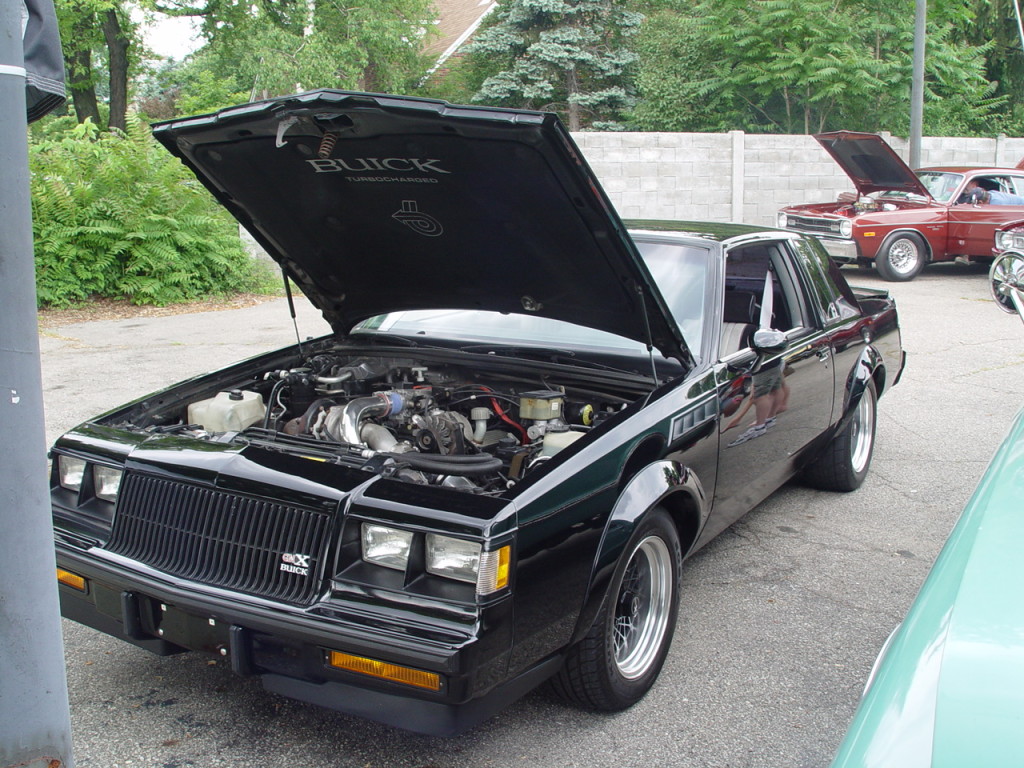 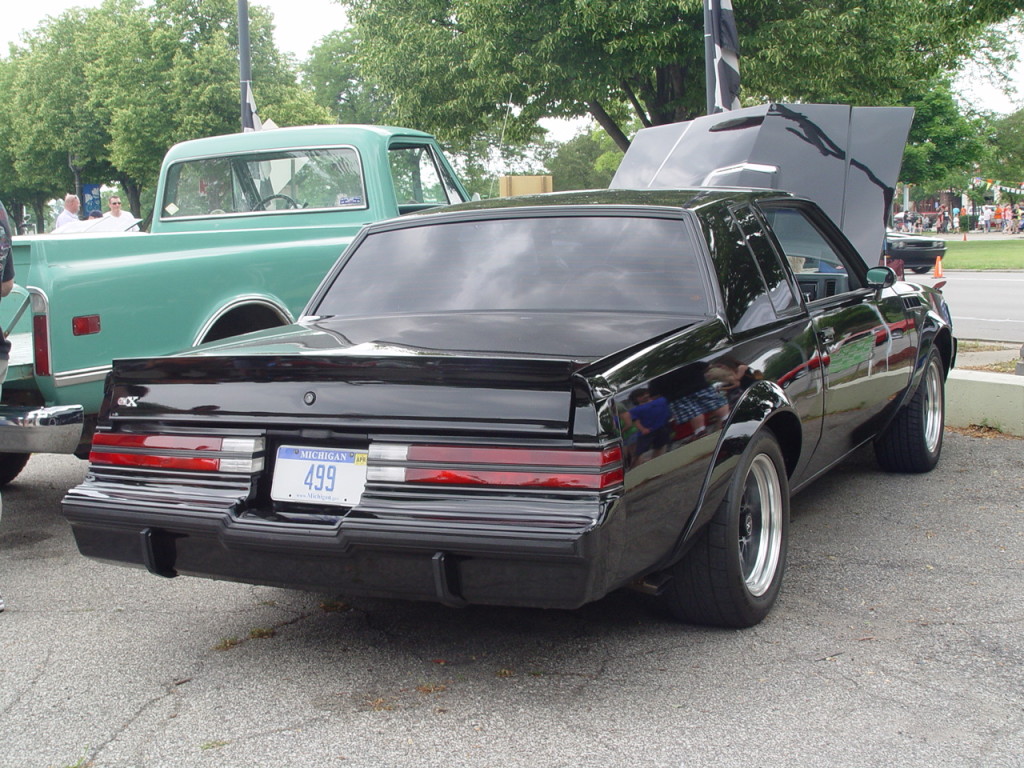 You can see some of the cars from the 2013 Gratiot Cruise here.