Painting your Buick Grand National?
Bought a GN that didn’t have the emblems still attached?
Or perhaps the Grand National emblems that are presently on your turbo regal are just so faded or scratched up that it’s time to get new ones?

With our G Body Regal being over 30 years old, they often need the emblems replaced.

Acquiring new ones isn’t really the challenge [you can easily find them at buick swap meets or on ebay].
What IS the problem, is positioning them back into the correct place like the Buick factory did when the Regal was brand new.

No matter which version Buick Grand National you own, where they were mounted pretty much stayed the same from 1984 to 1985 to 1986 to 1987.
Of course, only the 86’s & 87’s received the “intercooled” badging, but that didn’t change the location for the main GN emblem.

The 84’s & 85’s didn’t have the emblems on the trunk at all from the factory.
[it’s cool if they are actually there, but realize that they didn’t come like that when they were produced]

Below shows you the exact dimensions on where to mount your new emblems. 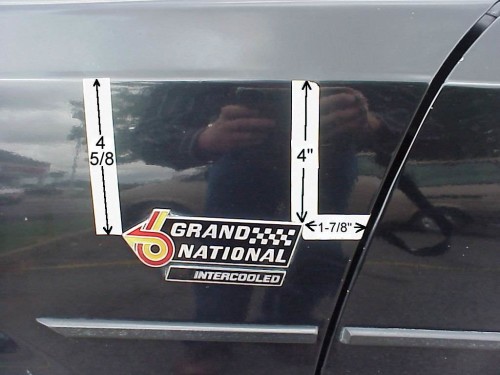 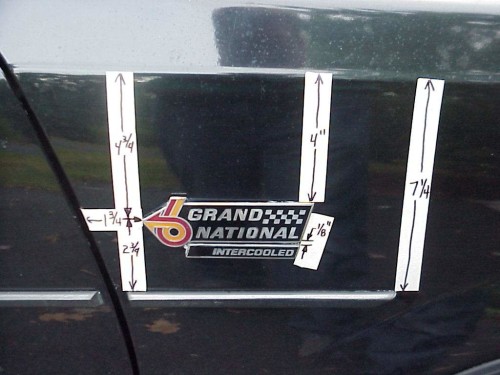 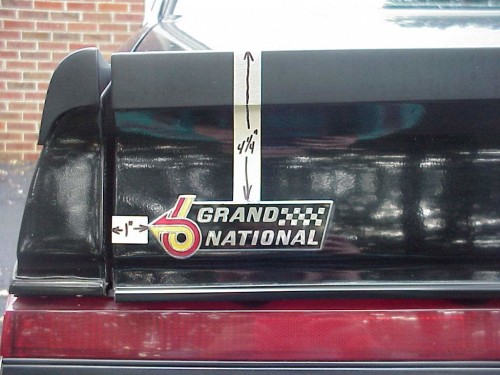