The Buick Grand Nationals and other Turbo Buicks that were shipped to Canada were more or less the same as the United States vehicles.
They did have a few minor differences, like the speedometers reading in kilometers as opposed to miles per hour.
And the decal announcements & warnings…
Which were in French for part of the verbage, or a combination of both the english and french language. 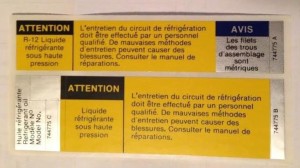 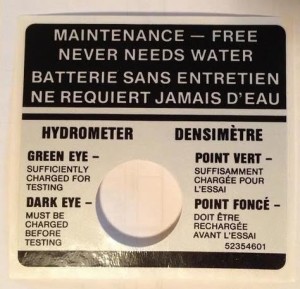 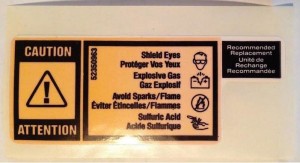 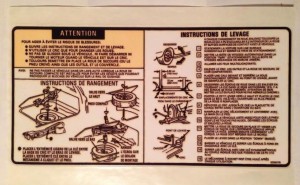 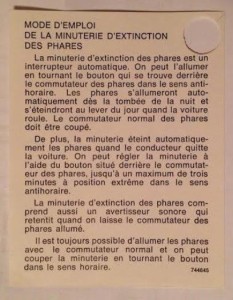 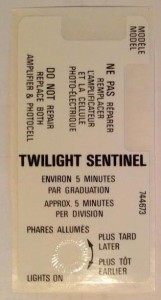 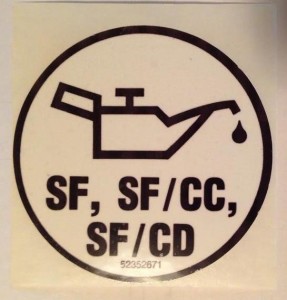 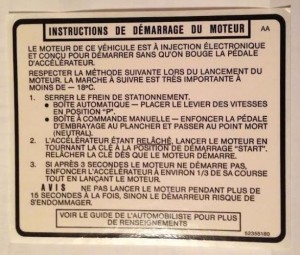