This is the beginning of a 7 day, 7 part series, about the 1:24 scale Turbo Buick series that GMP (Georgia Marketing & Promotions) produced several years back.
.
I will show you each progressive day, in the order of how they were released from the factory, pictures of these die cast vehicles, along with highlighting details about each specific one.
.
Today’s start will be the mini booklet that came with 2 of these diecasts, along with a brief overview of the 1:24 scale version cars.
.

The 1:24 scale diecast buicks were following in almost the same direction (model lineup) as their larger 1:18 scale versions did.
I believe it was GMP’s intentions to create exact duplicates of the entire run in this smaller scale, until they realized that popularity (& sales) weren’t as good as the bigger cars.
Or perhaps they couldn’t continue on with the production of them, as the company was having some challenging problems. They changed suppliers (the company that actually produced the cars) at least once or twice, plus other legal issues were popping up. I heard many different versions, stories, that were circulating at the time.
Without actually knowing anyone at GMP, it’s anyone’s guess as to what really happened.
Whatever the case may have been, I’m glad they decided to make these awesome diecast automobiles!
(but kind of glad they didn’t do the entire run, as china cabinets & display cases only hold so many cars! and there’s only so much space in any given room of the house!)
.
{as a side note, GMP eventually closed its doors. However, they have now reopened up as Acme Diecast}.
.
The 1:24 cars had numerous highly detailed features going on in them, nothing like the basic 1:18 versions (although the bigger size of the cars proved to be way more popular & collectible for those who wanted to acquire turbo buick toy cars).
.
Actual seat belts, keys in the ignition, floor mats, fold-forward front seats, working sunvisors, opening doors & trunk, were just some of the realistic details adorned on the smaller g-bodies.
.
All of the cars created however, had solid roofs, as did their bigger scale brethren. 🙁
.
The “car number” (the limited edition number of the run) was now placed on the gas tank, unlike on the license plate as found on the 1:18 scale vehicles.
.
The part numbers (the number on the box) on these cars changed during mid-run:
1st car (1987 GN) = 8201, 2nd car (1987 GNX) = 8203, 3rd car (1987 white T) = 8204,
4th car (1986 red T-type) = 2000018, 5th car (1986 WH1) = 2400208,
and finally 6th car (1985 GN) = 8143 {& 1944001000018}.
.
There’s a missing part number between the 1st & 2nd cars made, (8202), which I believe was suppose to be for the 1986 Grand National shown in the descriptive booklet, but there’s no way to actually verify this information.
.
The 4th & 6th cars part numbers can be explained because these cars were actually manufactured for The Danbury Mint (by GMP), so (especially on the 6th car) it would have had a part number for the Danbury Mint & not GMP.
{See the “extra notes” on the separate posts for the 4-6 cars for detailed descriptions about the variations in the production numbers}.

A page by page look inside the booklet: 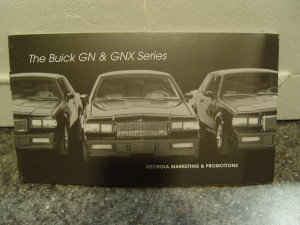 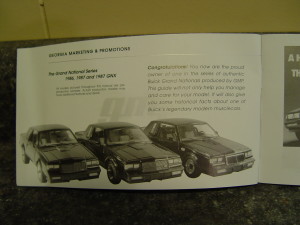 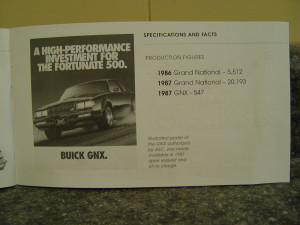 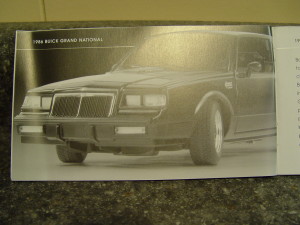 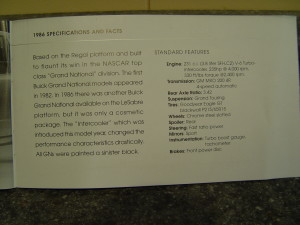 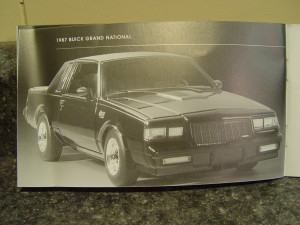 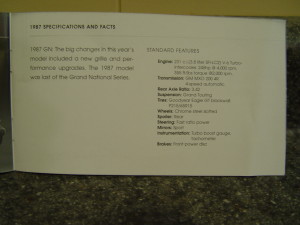 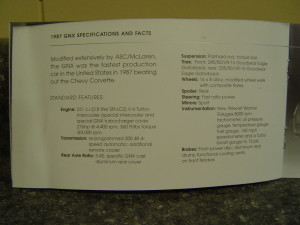 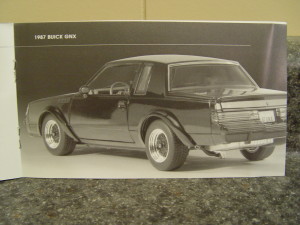 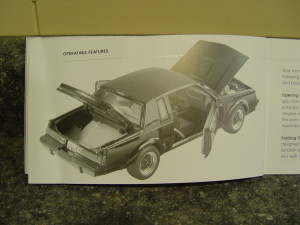 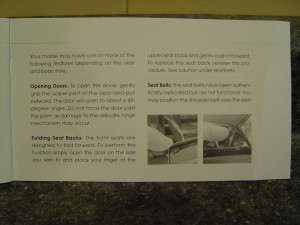 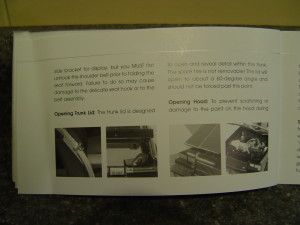 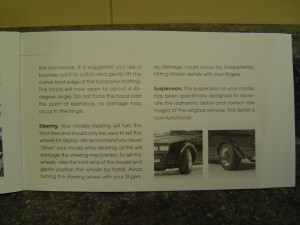 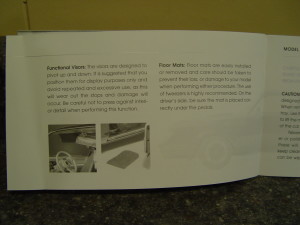 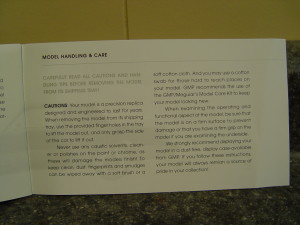 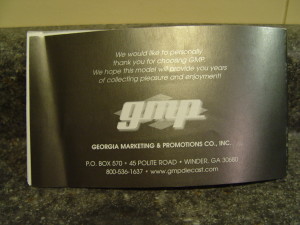 Be sure to check back tomorrow, as well as all this week, for more in this Turbo Buick 1:24 scale series!
Next up: we feature the 1987 Buick Grand National!

If you’d like to see a checklist of all the scale cars ever made: Buick Regal diecasts

Want to check out the bigger version Buicks that GMP made?
1:18 scale Turbo Buick diecasts