Those who were involved with HO scale trains must have been overjoyed when HERPA came out with the 1:87 scale Buick Regal! Well, probably not, unless those same people were Buick fanatics as well! At any rate, it gave them something different to add to their displays, and us buick people something extra to put into our buick toy collections!

These cool little additions came packaged in a single clear box, in 4 flavors: black, light blue, white (that’s according to my records, but I don’t ever recall actually seeing a white one), and purple, which was available only in the UK. Of course, Herpa must have been confused about what type of vehicle this Buick was, since they labeled it on the box as a Buick Grand Prix! (see pics).

These cars could also be had in a 4 pack (black, white, light blue, and silver). The singles (the black & blue ones) were pretty easily obtainable a few years back. The 4 pack, well, that was pretty rare to find one for sale (and still is). 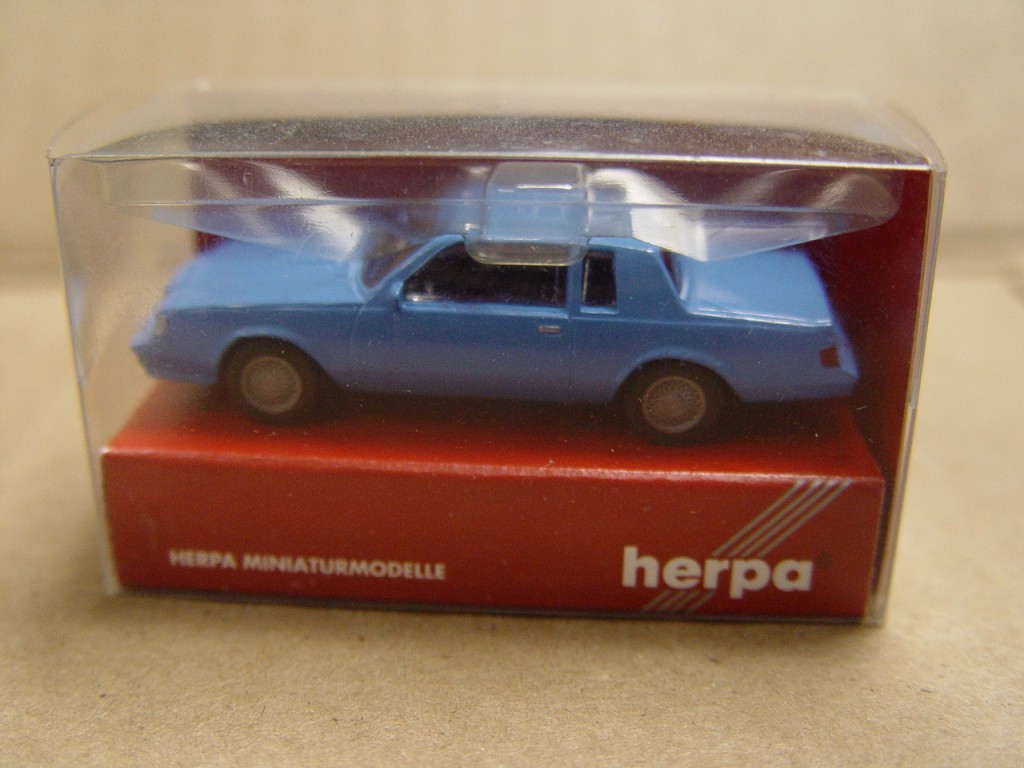 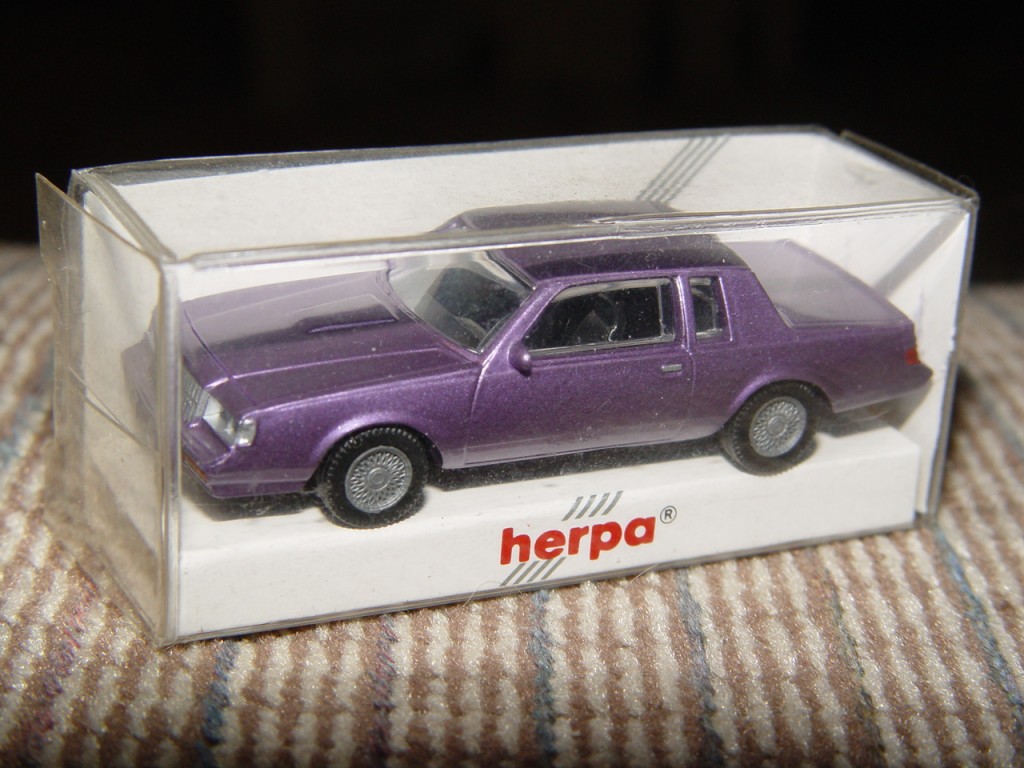 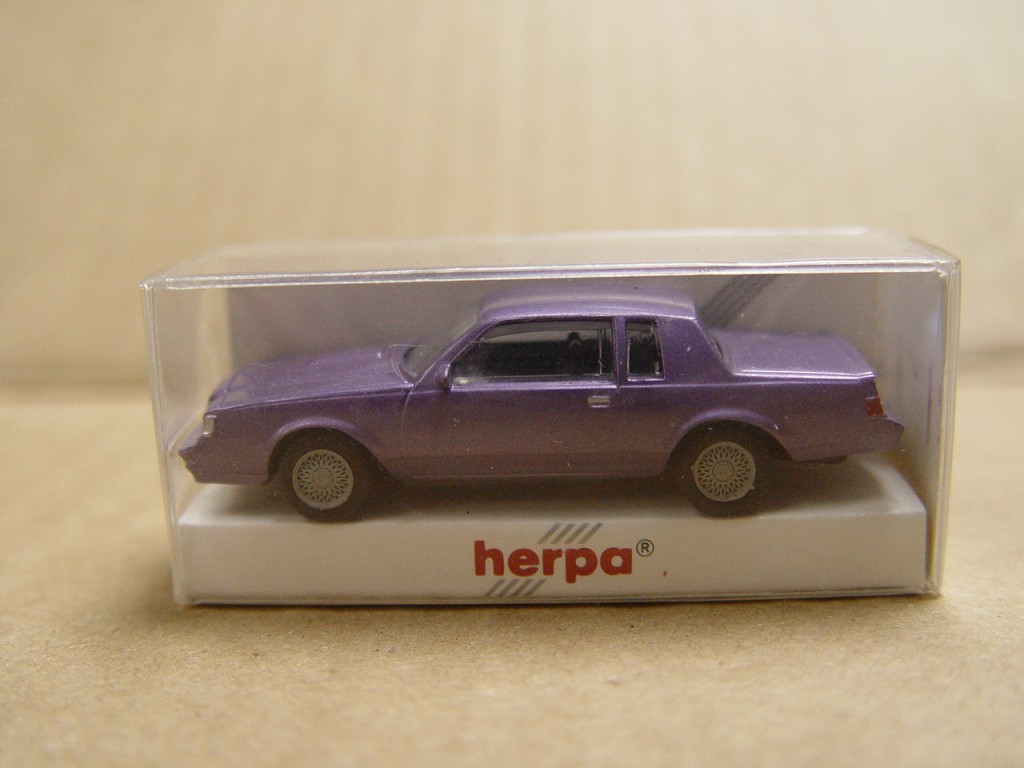 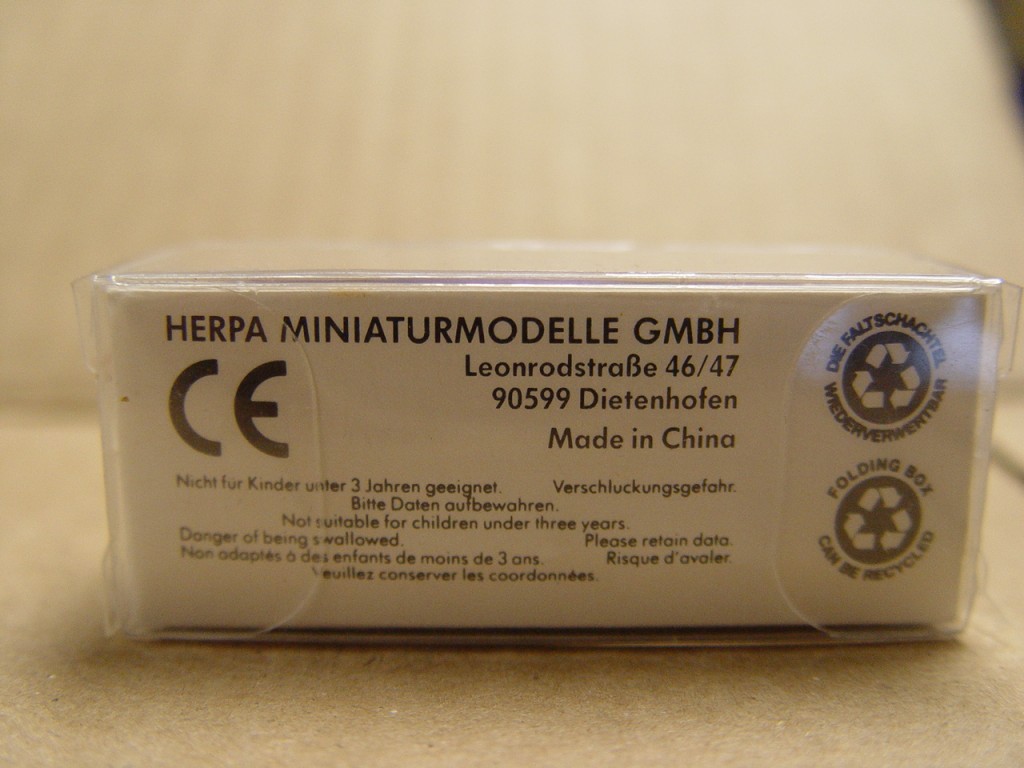 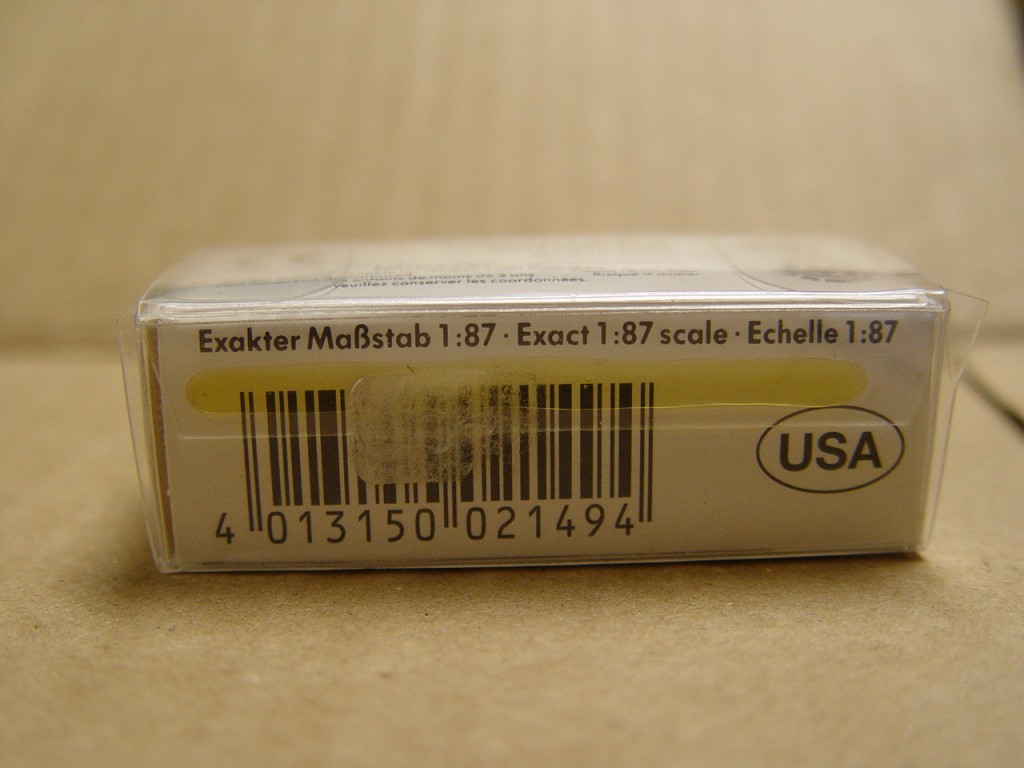 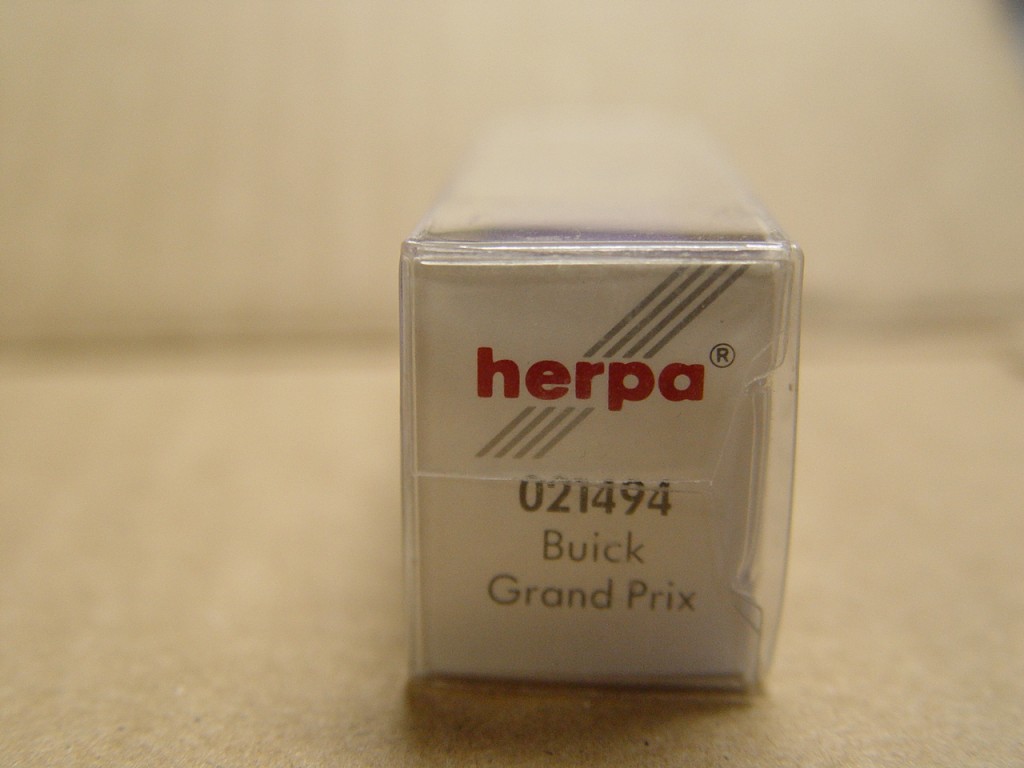