THIS is the 9th car in the series.

The bottom of the inner box would also change to the new website address. (it use to read www.peachgmp.com)
The inner box has GMP’s (checkered flag) logo stamped in silver foil on the face and both end sides.

The Certificate of Authenticity has a shadow image of the Grand National logo behind it.

This would be the first issue to have a new id/info label placed on the lithograph box (instead of EE’s logo being stamped in ink).

(a picture of the diecast car appears on the left side under the above, with the statement below that follows)

This artwork was painted by Rollin “Molly” Sanders personally. After all 300 lithographs of the original were printed, he then personally signed each one. The lithograph contained in this protective box has been matched to the GMP diecast Molly 1983 red prototype Grand National of the same serial number and is intended to be kept together with the diecast car as a set.

(The Epitome “e” logo was placed under that statement)

(To the right of the above statement, showed a picture of the lithograph, with the statement:)

(below it, followed by the actual limited edition car number printed underneath that)

The lithograph has the Molly Designs logo on it, with a copyright date of 2002.
Molly autographed each of the 300 copies using a silver marker.

The model inside the styrofoam container was itself wrapped in a soft thin piece of what feels like styrofoam. (this material had not been used before this point, and would only be used on 2 other {near future} cars in this entire series: #8001B & #8103 – the 2 chrome cars in the oversized boxes).

This red prototype model shows the differences on what the GN could have been:
red paint, GN logo placed on the upper left portion of the grill (instead of the “Buick” nameplate on the lower right), GN emblems on the lower front portion of the doors (as opposed to on the tops of front fenders near the doors), clear front parking lights (which was standard on pre-1984 Regals), full-width front air dam, lower corner marker lights on the front fenders, nascar rims, etc. 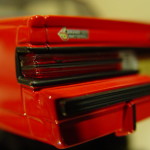 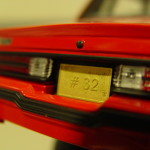 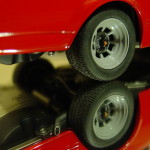 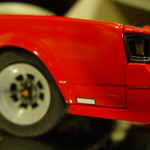 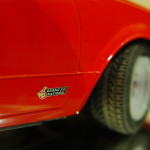 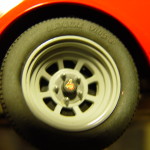 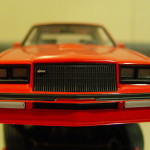 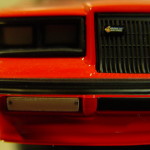 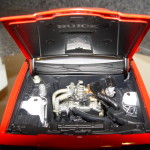 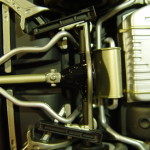 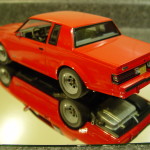 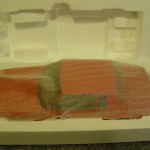 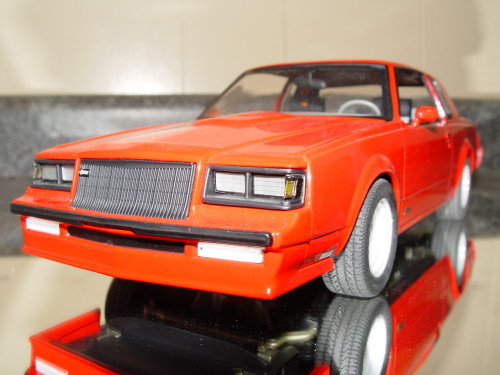 In 1982, Herb Fishel of Buick Special Products approached Rollin “Molly” Sanders of Molly Designs about taking the 1982 Grand National to a new design level. Herb wanted to capitalize on the success Buick was having with their Regal body on the NASCAR circuit, so he asked Molly to create a sportier Grand National that would appeal to a younger, more national audience. Molly had already created the infamous “Turbo 6″ logo and Grand National checkered flag emblems. So, in late 1982, a 1983 model Regal was shipped to California to be transformed by the free reign of Molly magic. With his cutting edge California design experience, Molly lowered the Regal, draped it in hot red paint and blacked out anything that could be. The 8” NASCAR wheels were donated by Junior Johnson and the emblems were repositioned. The car took 5 weeks of tireless work to complete. Finally, with the finished car back in Michigan, Buick executives Lloyd Reuss, Jack Duffy and Joe Adams were thrilled by Molly’s Red Grand National Prototype during a patented Herb Fishel presentation. So thrilled in fact, Molly and Herb were asked to stay in Michigan so that other GM executives could also be shown the presentation. Yes, the paint was ultimately changed to black because red was considered more of a Pontiac color and yes, the wheels were ultimately changed to steel and chrome. But the direction of the Buick Grand National’s compass was changed that day, when Buick executives saw the fiery potential of their currently more subtle Grand National. Without Rollin “Molly” Sanders and his 1983 Red Grand National Prototype, the 1984-1987 Grand National may have never had the look that so many Buick enthusiasts enjoy today. 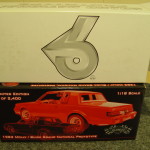 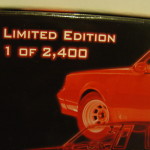 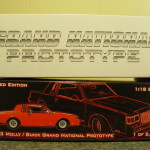 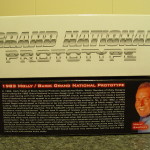 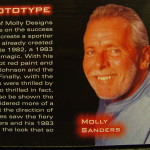 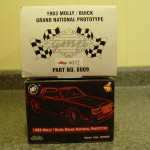 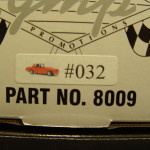 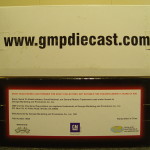 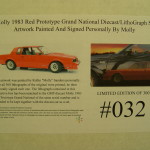 Three hours after arriving from California, the 5:00 AM hotel wake-up call brought me upright. Herb Fishel, of Buick Special Products, met me down stairs and off we went to meet Junior Johnson, the NASCAR legend from Rhonda, NC. Today I was going to get a quick education on what a Grand National stock car was. It was still dark when we arrived at Junior’s house, where we were treated to one of Flossie’s (Junior’s wife) famous Southern-style mega-breakfasts. After eating, we headed out back to the race shop to look at Junior’s Buick Regal racecars. An hour later Junior was putting our rental car to the test. with Herb riding shotgun and me in the back seat trying to pay attention, as we sped down one of those two lane roads in the North Carolina mountains. We were now on on way to Banjo Mathews’ tube chassis shop. Junior pointed out many small country churches with adjoining graveyards where he would meet the “boys” in the middle of the night, pick up the “shine”, and begin another high speed “delivery”, sometimes with red lights and sirens fading behind him in the background. I will never forget that day! Eight weeks later, the GN was to become the antithesis of Buick’s renowned two-tones with squeaky wire wheel covers. To make it look like a Grand National race car meant too many decals, so I went for the monochromatic Euro theme with a “frenched-in” grill, lowered suspension, a special interior, and a set of Norris Nascar wheels Junior had sent me… and the bright red paint was actually a Buick color from the seventies! 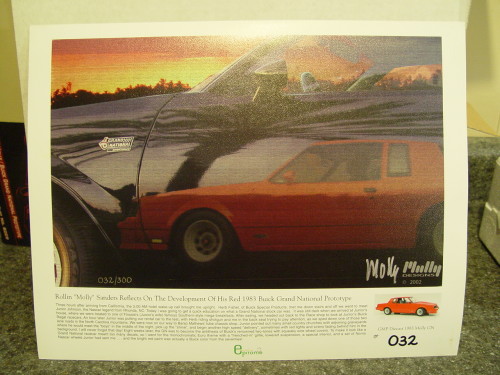 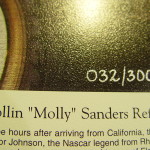 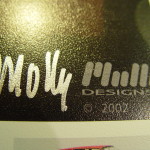 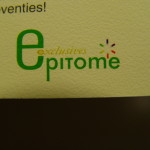 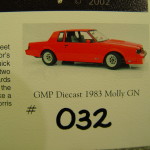 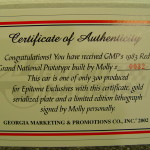 Want to see a list of ALL the Buick Regal diecast cars ever produced?
(including GMP & many more).
>>> Turbo Regal Scale Cars <<< . [box type="bio"]

The 9th model of the Turbo Buick series from GMP was of the Molly Prototype Grand National.
Even the artwork he created for the lithograph is reminiscent to his California style.

There have been arguments over whether his “prototype” Grand National was actually a “prototype” or not.
Some have called it a concept or show car……to me it’s all irrelevant.
Molly’s visionary presentation to Buick and GM brass of what a Grand National could look like changed the trajectory of Grand Nationals from that point forward.
I think that’s all we need know.

Molly also created our checkered flag and turbo 6 logos/emblems.
He told me that he still had the first metal turbo 6 he made to show what he envisioned.
Maybe Dennis Kirban, who was close friends with Molly, knows where it is.

Molly signed all 300 of the lithographs as well as countless real cars, GNX jackets, etc.
He is no longer with us, but will forever be remembered as a true Turbo Buick icon.

Here is a neat fact I’ve never really spoken about.
He was a very creative guy.
Molly said to me in one phone call that these cars always seem to start at #1.
He thought it would be cool and different to have the car serialization start at zero.
It was kind of a speculation more than a request.
Unbeknownst to him, I had it made when the run of these cars were produced.
I took that zero car and sent it to him as a gift.
He signed the roof and under his name he wrote “#0000”, like the license plate and sent it back to me.
When I called him to say it was meant to be a gift, he said he wanted me to have it, that he just appreciated the opportunity to be involved.
I still have it of course.