THIS is the 30th car in the series.

This is part of a 2 car set issued by GMP. This is the 2nd model.

The tail light bezels would be like the true black out package, but the lenses themselves would have a silver stripe painted on them! (go figure!?)

At least the door handles & locks + trunk lock would be correctly painted black!

The interior would use the “drag style” type found in previous Gbody issues (like the Tweaked car {GMP #8010}, but instead would feature a digital dash, very similar to the kind they put in the GMP somerset blue regal diecast!

The engine would feature the motor from the regular Buick GNX diecast. Same goes for the GNX rear end.

It does have the fuel system (including gas tank sump) from the first “street fighter” car (G1800215).

Skinny tires up front, drag slicks in back, all mounted on Weld 5 star rims completes the look. 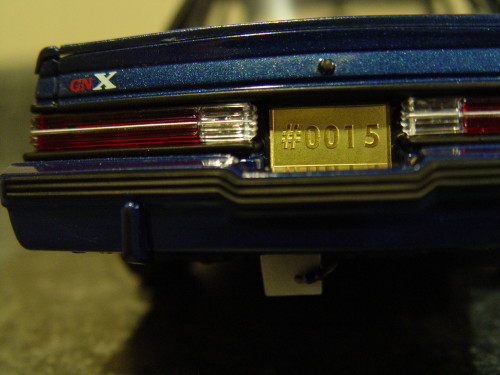 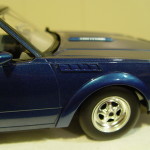 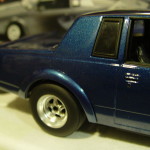 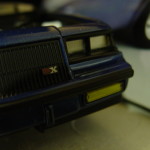 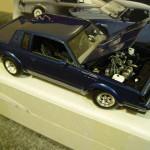 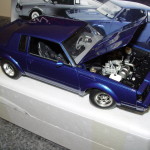 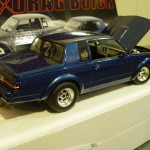 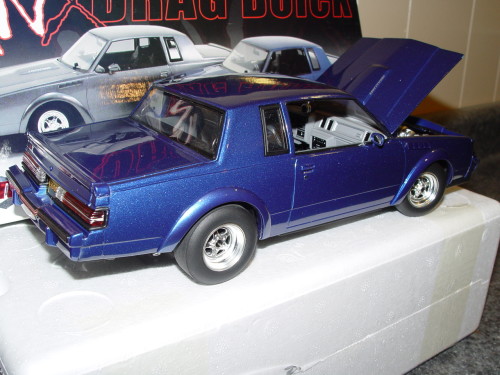 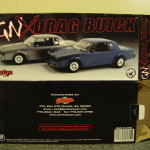 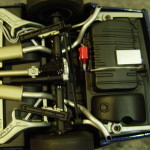 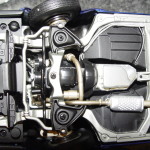 NEXT car in the series: The Fact or Fiction ’87 Grand National!
Be SURE to come back tomorrow to see it!