This limited edition creation, has a numbered brass plaque on it.
We’ve never seen this piece before, so who produced it is currently unknown, as well as how many units like this were actually created.
(the one shown below is #2745, so we would imagine maybe 5000? Possibly more, based on production numbers of other display pieces similar to this one…)

The size of this item is 13″ x 16″ in a nice frame with a dual matted background finish.
20 different pins, all featuring Buick automobiles and an Olympic design on them are mounted under glass.
Each pin is handmade of crystalline enamel with gold plating.
A sheet from Buick was included in the original official Olympic box which gives information on where the Olympics were held and the Buick model featured on each pin.

We have seen some of these Buick pins for sale previously, separately and in groups of multiple Buick pins, but never displayed like this in this specific combination.

BTW, there were A LOT of Olympic items created for the Los Angeles 1984 Olympics, we’ve seen other display pieces similar to this one, however, this is the only one that featured Buick cars on the pins. Other artwork displays like this featured various (non-auto) designs on them (such as Sam The Eagle, who was the official mascot, other Olympic symbols and designs, etc.).

Buick was a sponsor for the 1984 Olympics, so we feel this piece is the most authentic of all the ones we’ve seen (but maybe we’re a bit biased, lol).

It does look like a neat piece of art for your Buick office if you’re into stuff such as this!
(it was for sale on ebay awhile back for around $40.) 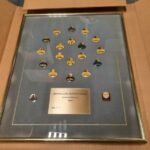 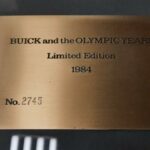 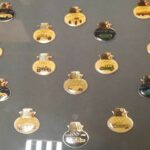 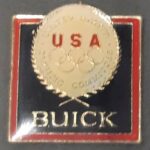 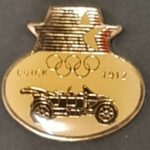 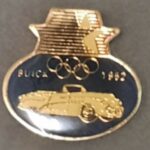