The Super Toy Convention was held in Las Vegas, Nevada in 2015.
Special events such as this usually produce limited edition die cast vehicles specifically made commemorating these conventions.

Here’s a Buick Grand National die cast car that was created for the event (using the Hot Wheels version as the starting point, then a custom paint job was applied).
It’s a 1 of 1 “Super Chase Edition” – where apparently they made a bunch of 1:64 scale cars of assorted vehicle models, & this was the only one like this that they produced! 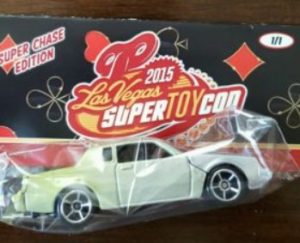 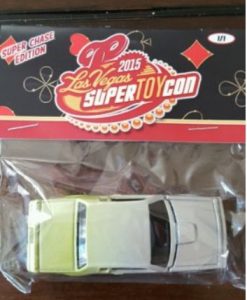 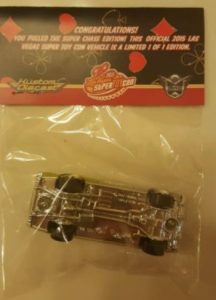