This is Day 7 of a 7 part series featuring the 1:24 scale vehicles produced by GMP.

Today here is the model car we are featuring:

Additional details:
~ The trunk emblem is on the wrong side of the car! (but you should have already spotted that!).
~ A Danbury Mint, numbered, “inspected by” sheet was inside the box.
~ Turbo 6 logo on the headrests.
~ silver painted frame rails, crossmembers, exhaust & gas tank (same as the others in this series).
~ the collector number (the car number, from the limited edition production run) is embossed on the gas tank {as was on all of the cars in the 1:24 scale set).
~ There was no inner box for this particular model.

[just FYI, when you take close up pictures of scale models, and you use a flash, not to mention it being a black car, every single spec of dust on the vehicle will show up in your photos! The paint on this car is not speckled!! Of course, it didn’t help that I left the cars sitting out for 3 days while I finished up this series of posts!] 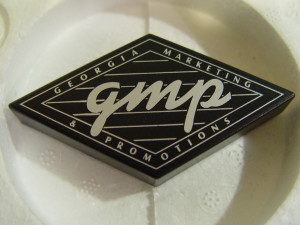 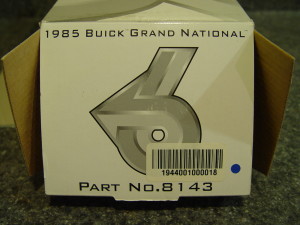 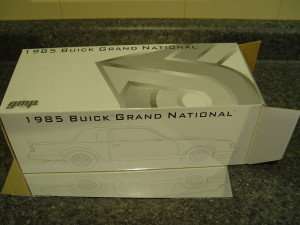 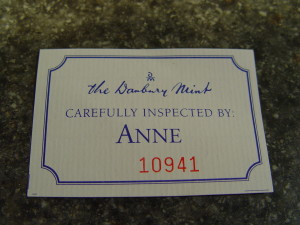 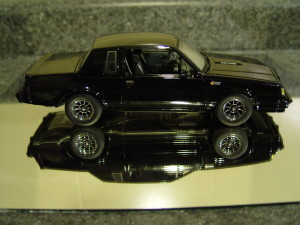 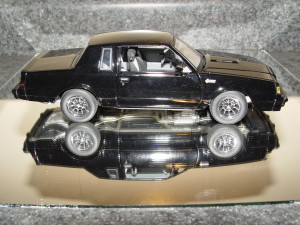 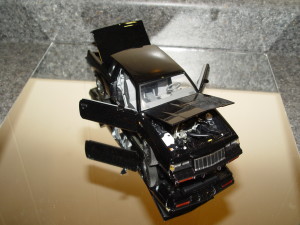 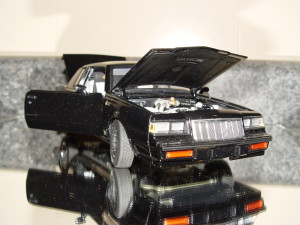 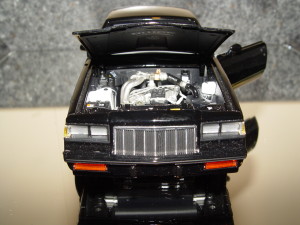 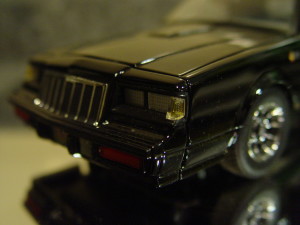 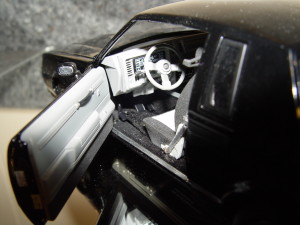 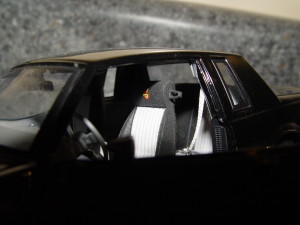 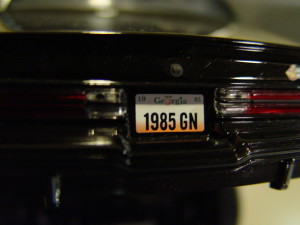 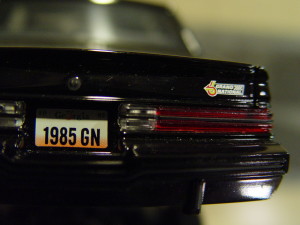 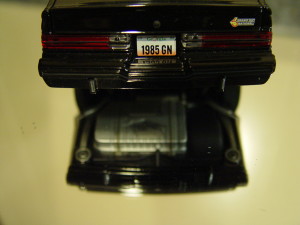 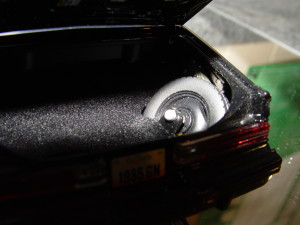 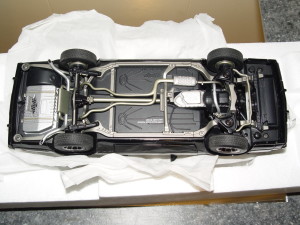 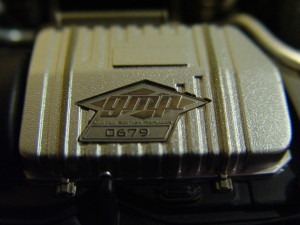 This is the final model that was produced in 1:24 scale for this series.
It’s also the last post about this collection from the diecast Buick Turbo Regal set.

If you’d like to see a checklist of all the Buick scale cars ever made:
Buick Regal diecasts