These Johnny Lightning (Playing Mantis) toys had a limited edition run (of just 5000 made each) in this series created in 1996.

Both black Buick Grand National G-body cars could be had in 1:64 scale.

These 2 cars were slightly different.

The regular version (on left) had:

The Toy Time exclusive car had:

other than that, the cars & the cards they came on, are exactly the same.

If you worked for Johnny Lightning back then when these were produced, as a special holiday gift from JL, you could have received one of the absolute hardest to find Grand Nationals, EVER!

They ONLY made 25 of these special employee-only Buick Grand Nationals, and it was painted in green!

The last time I saw one for sale (super rare car on a super mint card), around 2008-2009 if I remember correctly, it was on ebay, and sold for an incredible $750 to a very diehard Buick GN collector! {who happens to have a toy collection of the most incredibly rare stuff that was EVER produced on the Regals & Grand Nationals! – and no, its not me 🙁 – but if he ever goes on vacation…lol} 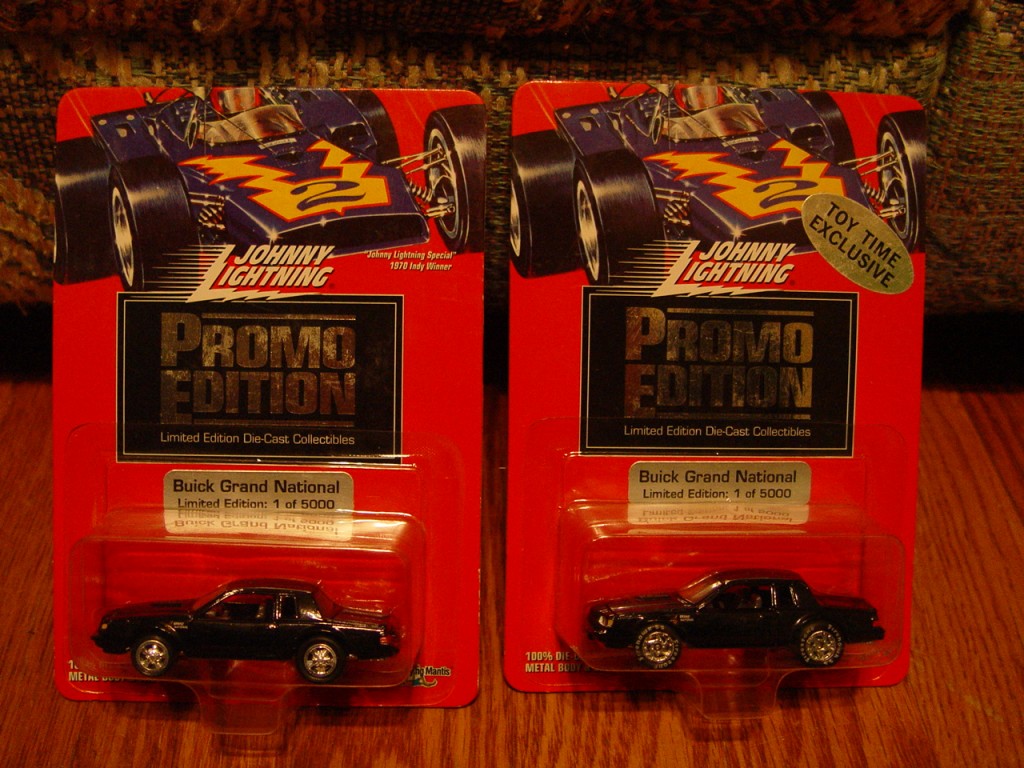 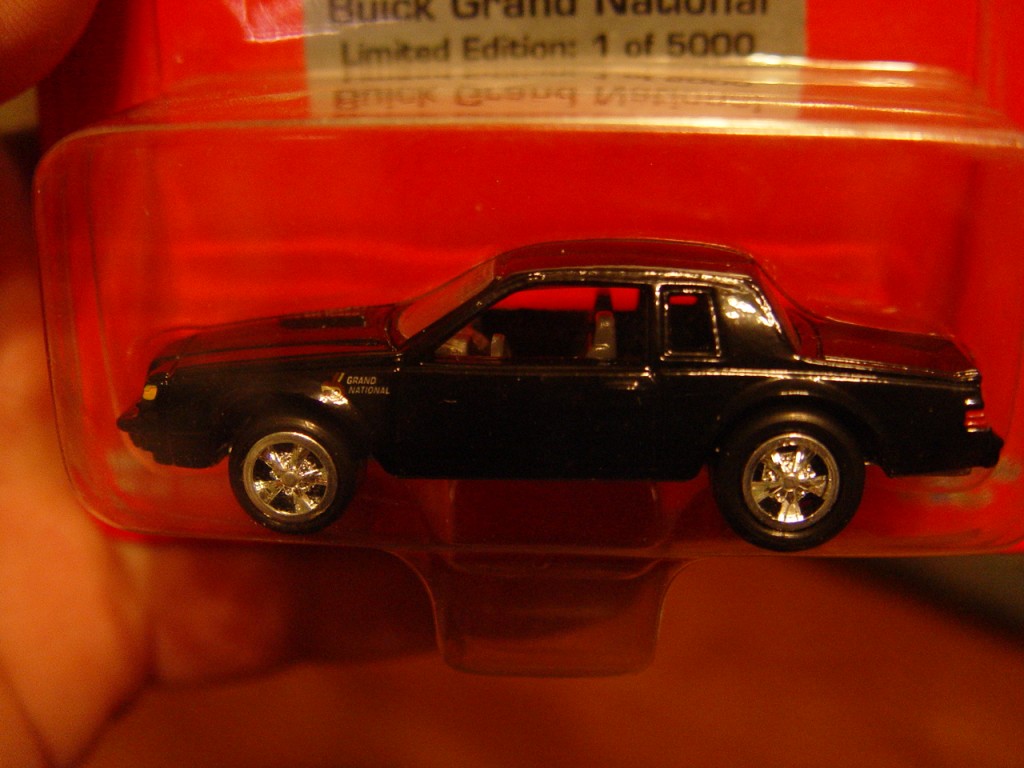 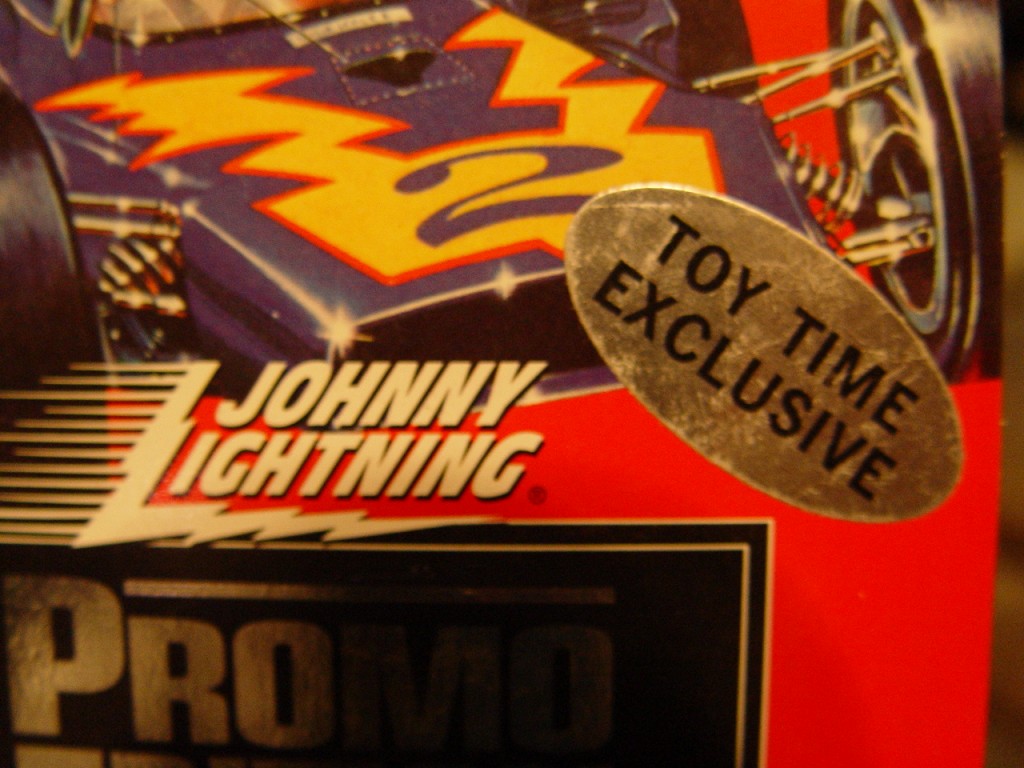 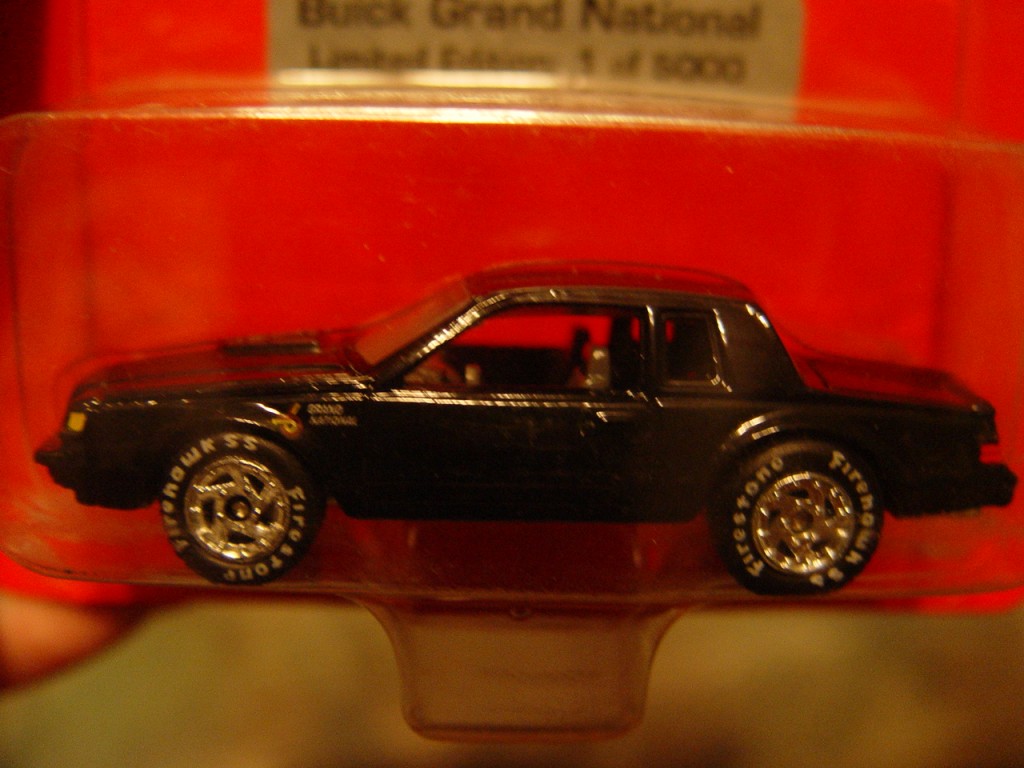 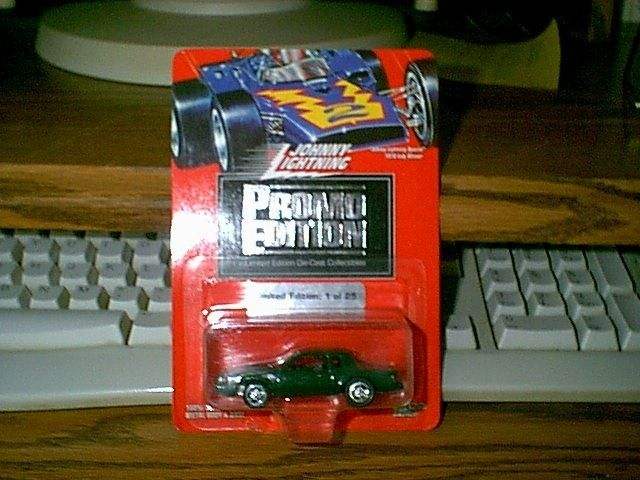