THIS is the first car in this 1:18 series.
THIS is the one that started it all!
THIS is “the one” to have if you have to make a choice of any!

While it’s overall design is pretty good, I don’t think GMP had any clue on exactly how popular this series would eventually become…
(or even realize how many cars that they would end up creating! But a large part of GMP’s success in this series is due to Epitome Exclusives helping push them along to produce many different varieties of TR’s! So thanks, Ted H.!)
{Epitome’s involvement within this series didn’t start until the 3rd car, the Buick GNX, #8003}

This first TB didn’t have an outer box to protect it, so many of the existing models DO have some sort of shelf wear on them.
(I’ve owned quite a few in the last 14 years & have NEVER had what you would consider a “mint” one! {comparative to the ones WITH an outer box}. A few were “very nice” but still…)

The model features a detailed undercarriage, steerable (posable) front wheels, and an opening hood with plumbed engine compartment. All in all, it’s pretty true to life.
(of course, the 1:24 scale version of this same car is WAY more detailed!) 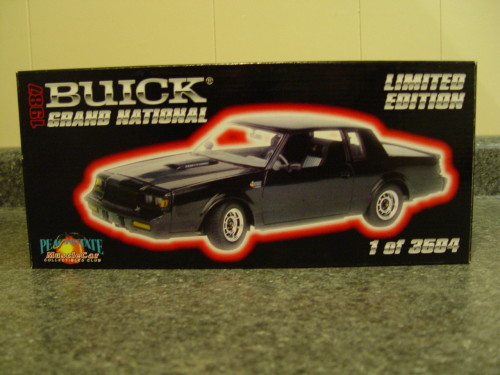 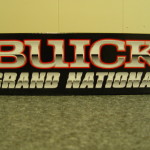 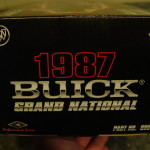 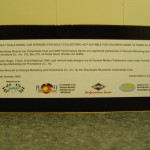 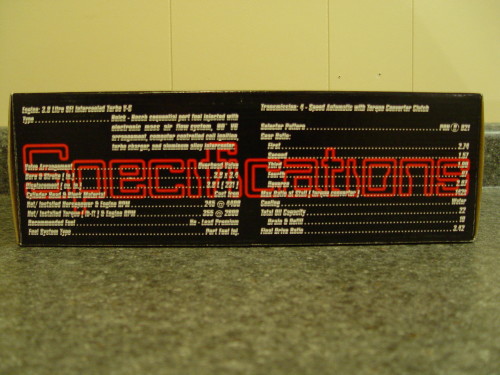 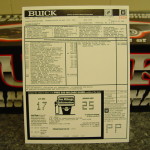 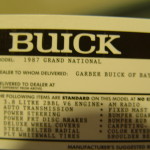 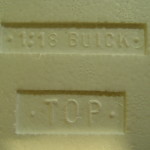 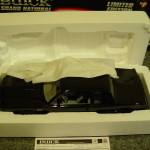 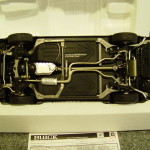 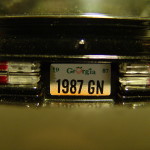 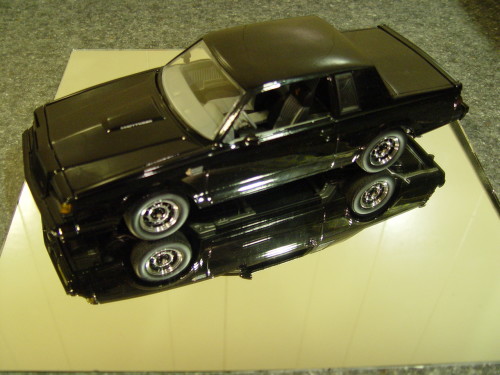 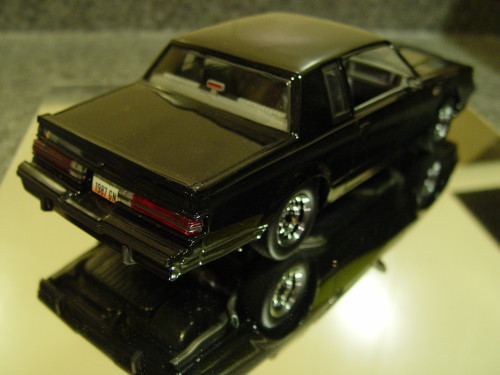 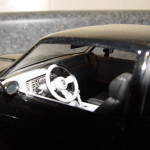 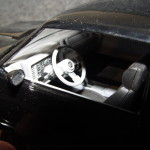 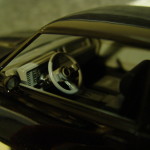 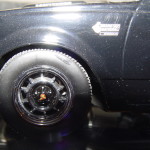 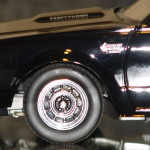 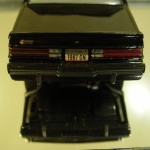 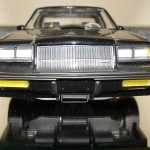 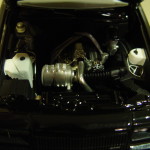 NEXT car in the series: white 1986 Regal T-type. Be SURE to check back tomorrow to see it!