THIS is the 5th car in the series.

The window sticker envelope as well as the lithograph box are ink stamped purple in color!
Within the box, the lithos were also sleeved inside a clear acetate to protect them.
The lithograph is autographed & numbered in purple marker too!
It featured BOTH a 1986 as well as a 1987 Buick Grand National!

Epitome’s “Gold” license plates didn’t start until issue #8007 (the 1985 GN), so from this car up until that point, all of the license plates were silver in color.

With a detailed & painted engine compartment, accurate rims/tires, plus the two-tone black & gray interior, this one’s a winner & belongs in your diecast collection!

If this were a real car, according to the reproduction window sticker, it would sell for $18,281.00! 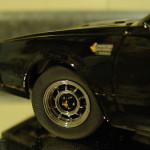 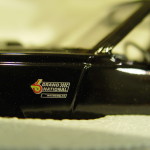 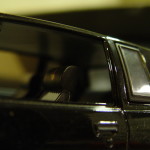 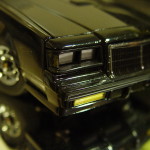 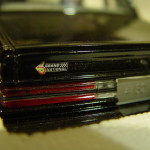 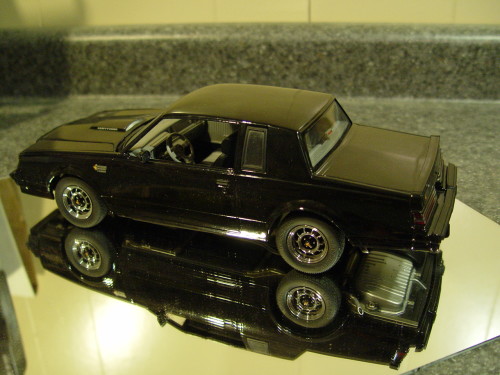 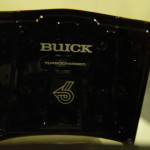 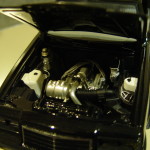 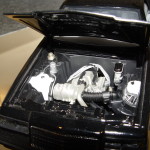 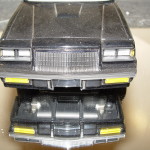 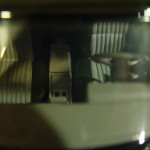 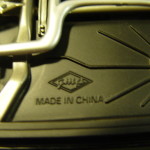 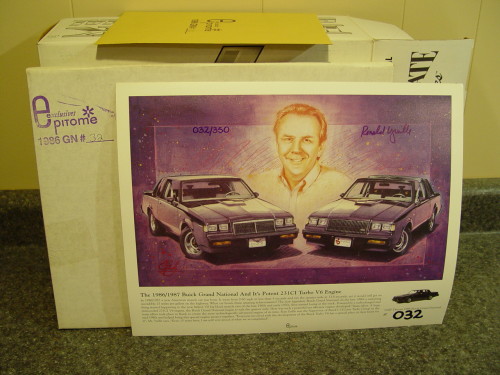 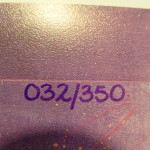 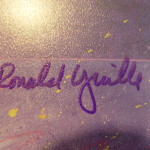 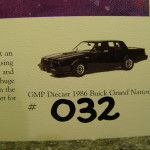 In 1986/1987 a new American muscle car was born. It went from 0-60 mph in less than 5 seconds and ran the quarter mile in 13.8 seconds, yet it would still get an incredible 25 miles per gallon on the highway. What car boasts these amazing achievements? The now legendary Buick Grand National. In the late 1980s a surprising thing started happening to the now fabled, V8 big block muscle cars of the late 1960s, and early 1970s, they started losing at the track. Powered by a turbocharged and intercooled 231CI V6 engine, the Buick Grand National began to rule the quarter mile. How was such a powerful yet efficient engine developed? Team effort. A huge team effort took place at Buick to create the most technologically advanced engine of its time. Ron Yuille was the supervisor of Buick’s 3.8 Liter Turbo Group in the mid-1980s and helped bring this special engine project together. “Everyone involved with the development of the Buick Turbo V6 has a special place in their heart for it”, Mr. Yuille says, “Even 15 years later, I am still very proud of what we accomplished”. 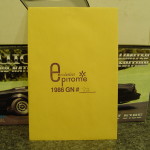 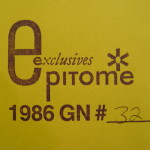 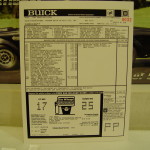 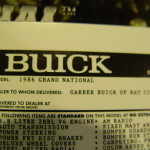 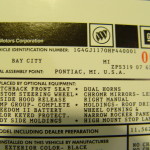 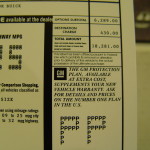 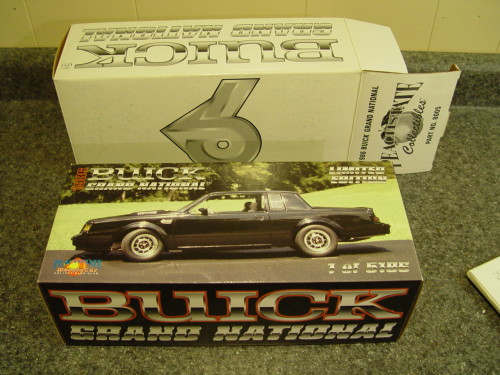 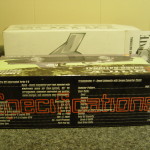 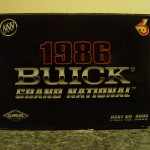 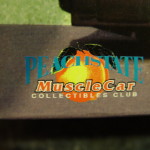 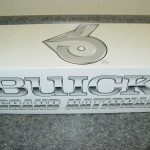 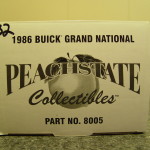 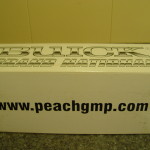 Be SURE to check back tomorrow to see it!

Third installment, Epitome Exclusives.
The fifth car of the series was the 1986 Grand National, it was the first to receive a serialized license plate.
The Buick 300 Club (serial numbers 1-300) were sold out, so to satisfy demand we matched lithographs to serial numbers 1-350 on this one.

The person chosen of historic importance for Turbo Buicks was Ron Yuille.

I had not heard of Ron before, but when I asked Mike Doble for the name of someone important when it came to producing the 1986 turbo cars, he immediately recommended Ron Yuille.
Ron was the supervisor of Buick’s Turbo Group and oversaw the redesign and reconfiguration of the LC2s we all love today.
He took it from hot air to intercooled, turning it into the monster it became.

I really had no bad experiences with any Turbo Buick people we did lithographs of, Ron was very nice and very honored to be included in the set.

The memory of the day with him that stands out the most was his shock at how fast our cars were going on stock parts.
He knew the engineering of the crank and rods and block, etc, better than anyone on the planet.
He couldn’t believe the off the shelf parts were holding up even into 9 second passes the way they were.
He was proud of it.
He has since given at least one talk to a Turbo Buick audience and has probably given more.