The 1981 Buick Regal Pace car that led the Indianapolis 500 race was just a start of what would transpire years later with its turbo engine planted inside this G body car.

Those people who attended the famous race in Indiana could purchase some awesome souvenirs at the tracks gift shop.

A shiny silver jacket, emblazed with the wild colors found on the Buick Regal pace car, along with turbo 6 logo & checkered flags. Although very 80s style, its retro-coolness makes these jackets get very well noticed at Buick car shows, &/or elsewhere too.
(I own one & people are always staring at it when I wear it, no matter where I go… not quite sure if that’s a good thing or not, but whatever, I like it, & that’s all that counts!)

A hat/cap was available that had the same patch found on the jacket.

This same patch was also for sale by itself.

(just FYI, there were several indy 500 patches made {& for sale in the aftermarket} that were not created by the Indianapolis 500 company). 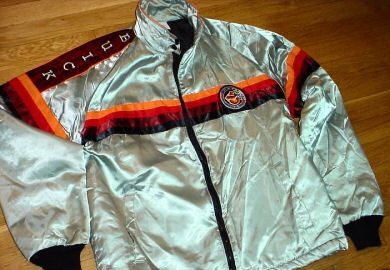 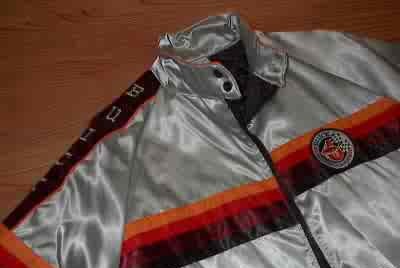 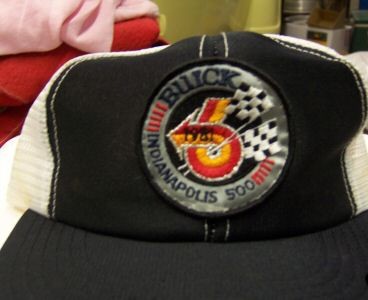