If you’re over 40, I’m sure you’ve probably heard of the existence of an 8 track tape.
Maybe you even had a few.
Younger generations may not even know what we are talking about at all.

Opus > ALAS/FLAC > mp4 > MP3 > DVD > CD > Cassette Tape > 8 Track > vinyl record album > reel tapes > radio only!
(there’s many other formats in this brief history of musical recording technology, but you get the gist of this)

So back in the late 1970s (and all the way up to 1982!), Buick released some 8 track musical tapes that were included with new Buick car purchases.

Featured on the 8 track tapes were popular artists of the time (Henry Mancini, Barry Manilow, etc.).

There were 4 songs on each of the 4 programs contained within.

Below you can see one of these vintage tapes that were “a little science. a little magic.”

And there’s your minor history lesson for today… 😉

Want to check out some other Buick 8 track tapes 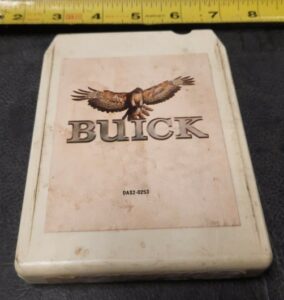 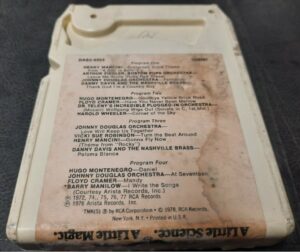 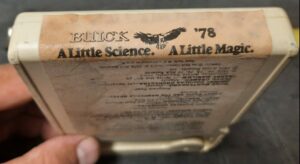