To match the rest of the look of the gauges inside this 1987 Buick Grand National we are swapping out the regular boxed shaped Scanmaster and replacing it with the round Scanmaster G version. 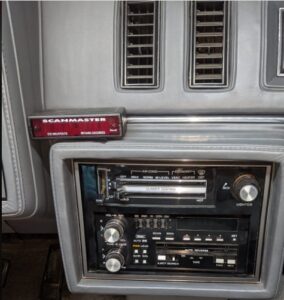 The normal Scanmaster, which is used for tuning and troubleshooting a Turbo Buick, or monitoring knock retard, O2 readings, sensors, etc., has served us well for many many years, and it’s still working just fine, however, we wanted the Scanmaster G version which will compliment the rest of the gauges that are in this G-body Regal.

.
All of the original functions of the scanmaster remain the same on this new G unit, as well as having some new features that are added on.

The original Scanmaster has red lights in it, while the new Scanmaster G gauge has white lights.

The 2 1/16″ G gauge also has:
– Dot matrix OLED display, clear and readable, 128 x 64 pixels
– Captures the leanest reading and highest knock for immediate recall, along with the MPH’s where it occurred
– Has a bluetooth module, so you can log from it to a phone / tablet / laptop (with a compatible Windows and Android device)
– Has a flash memory chip and will store logs that you can download later
– Works the standard Buick datastream and the Powerlogger
– Displays analog data (boost & wideband) when connected to a PowerLogger
– Displays all the Speed / Density info when running an SD2 chip as well as Fuel Composition (E85 alcohol)

The Scanmaster G is stylish as a black gauge with black bezel, fitting into a gauge pod of your choice, or wherever else you may want to mount it. The face stays blacked out while the car is off, and only lights up when the G-body Regal is on.

Similar versions are available for use with Syclone/Typhoon (SyTy), 1989 Turbo Trans-Am, XFI and Classic-FAST ecm’s.

The Scanmaster G (and original Scanmaster) are compatible with the ecuGN ECU.

The new Scanmaster G gauge will show you: 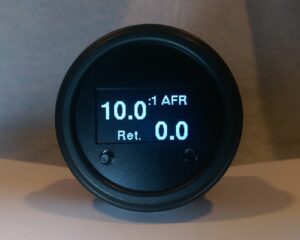 .
The Scanmaster G unit features a simple 3 wire hookup:
12 volt power source, ground, and one wire connects to ALDL plug under the radio.

You can acquire the Scanmaster G (as well as the original Scanmaster unit) from Bailey Engineering:

The Scanmaster G for the Buicks does not include any wiring or crimp connectors.
(but available separately: HERE) 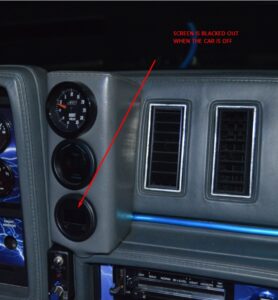 1. figure out where you are going to mount the gage.

2. Connect the red wire of the Scanmaster G to a 12 volt source.
The fusebox will work, make sure you have an inline fuse on the power line.

3. Connect and ground the black wire on the gauge.
Any bolt under the dash that secures the dash to body will work, however, splicing it into the ALDL ground wire is better. 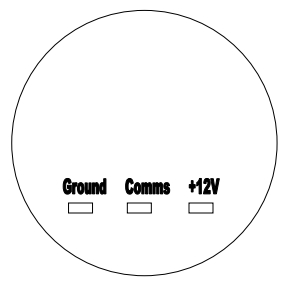 4. Connect the white wire to your ALDL plug.
It gets tapped into the orange wire from the ALDL.

5. mount the finished gauge into your chosen location. 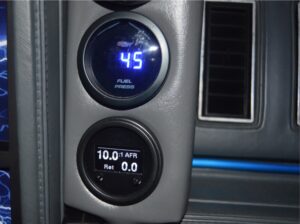 Start your Turbo Regal and check out your new Scanmaster G unit.

Scroll through all the readings using the left button.

All information should be displaying correctly.

If you have an existing scanmaster, just swap the wires from the old connections to the new connections.

Turn on the “scanmaster g” option in powerlogger, if applicable.

The left button on the unit is the Mode button and will step thru the various display modes.
The right button is the reset/recall button and will return the display to the default display as well as display any captured data.
While holding the recall button you will see the leanest captured data frame and the MPH that it occurred.
While holding the recall button, if the mode button is also pressed the highest knock retard value will be displayed along with its MPH.

Internal Logging: The PowerLogger logs will record in the Scanmaster G, and can be extracted later. This function is preliminary. The trigger threshold is set in the Powerlogger Control on the F3 page.

Having trouble figuring out what all the numbers mean on your scanmaster?
This guide might help: powerlogger readings 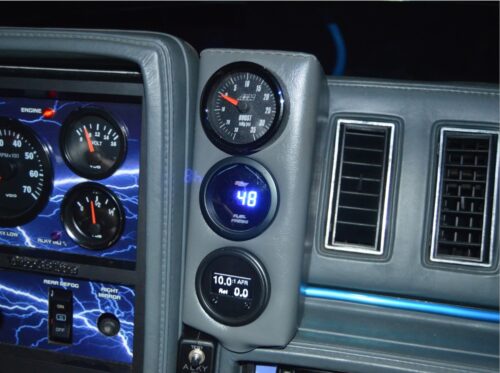