Die hard Buick die-cast collectors usually prefer to have both versions of a particular G-body Regal toy car, though the White Lightning versions are pretty hard to find, and when you do, they’re never cheap.
Today we’re going to look at a comparison of both versions of the same release for a few of the Buick Regals that were produced by Johnny Lightning. 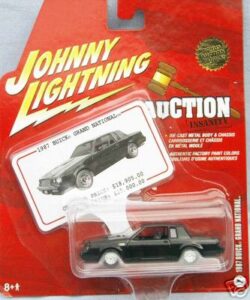 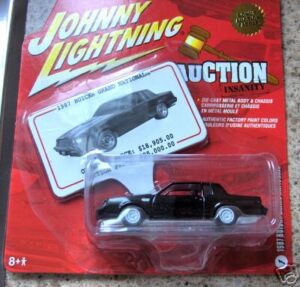 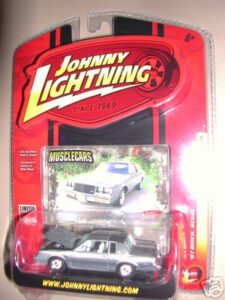 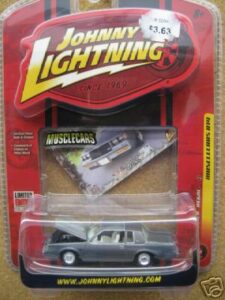 This is from the 10-car boxed set. The top car is the white lightning version, featuring pearl white paint. It was hard to tell the WL version from the regular (white paint) version, since it didn’t have the normal WL variations (white chassis, wheels, interior).

This pic shows the 3 different versions that were available in this specific release (2 different rim choices and the WL). 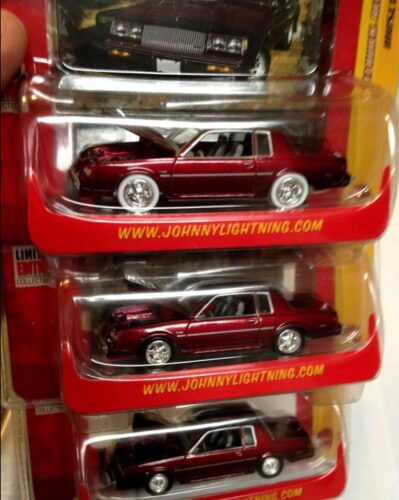