THIS is the 7th car in the series.

Note: Sequentially, this model is out of (number order) from the rest, however, by the date of its release compared to the other Buicks in this series, it puts this car next in line. That’s why we are showing the car in this order, in the manner in which the public could purchase them.

This model was special made for the Buick GS Club of America (“Going Fast With Class”) for the June 12 – 16 2001 Buick GS Nationals, held at Beech Bend Raceway, in Bowling Green, KY.

The Buick GNX Xray car is owned by former ASC employee Rick Hunt.
You can read more about the GNX XRAY car here.

The lithograph was signed by Rick Hunt in silver marker, as was the limited edition numbering.
The lithographs box was inked with the Epitome Exclusives logo in red this time around (including the production run number written on it).
No verbage was placed on it (as had been in previous lithos).
The litho was created by artist Jim Connelly.

Unlike all of the GMP cars manufactured before this one, it would receive no reproduction mini window sticker. Most likely because this car was created, and not a factory (GM/Buick) released (actual production line) vehicle.

A full one-piece tissue was used around the car, inside the styrofoam container.
(as opposed to the 2 or 3 smaller pieces that was commonplace previously).

The model is a perfect clone to the 1:1 scale XRAY vehicle, which was a perfect negative-image clone of the (black) full-size Buick GNX.
With cool touches like an ASC front license plate, detailed interior & engine compartment, GNX rims vents & fender flares, this would look awesome in your display cabinet, sitting right next to the other Turbo Buicks in your car collection! 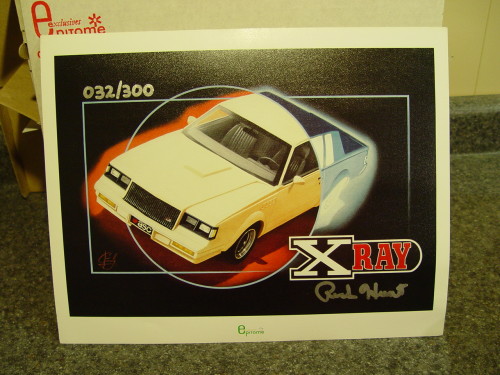 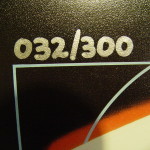 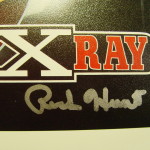 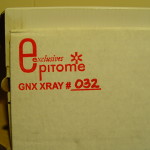 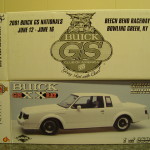 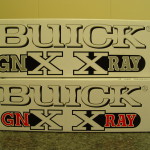 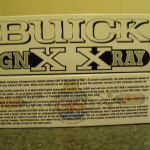 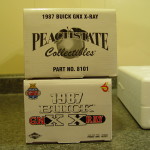 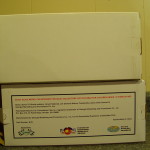 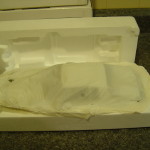 Buick Motor Company introduced the limited edition GNX to the public in 1987. To assure exclusivity, the total production volume of the GNX was fixed at 547 units. Black was selected as the only color to grace the exterior surface of this awesome muscle car. Although totally authentic in original GNX tooled component content, the X-RAY was not one of the 547 GNX’s manufactured and sold to the public. As an original member of the GNX development and manufacturing team, the creator of this GNX clone, chose the color white to eliminate any perception of fraudulent intent as a cosmetic look alike. Rick Hunt of Westland, Michigan is extremely proud of his white X-RAY. Rick secured a pristine 1987 Regal T-type project car in 1991. He then converted it to a GNX with residual parts available following the initial 1987 GNX production run. The engine and suspension of X-RAY, have all of the GNX initial mechanical modifications. The engine performance was enhanced further with a larger turbo and inlet air management improvements. The inboard headlamps were removed and replaced with mesh screen covered air inlets to provide cool air to the hot engine compartment. This car is complete with all the original GNX exterior and interior badges, instrumentation, and wheel flares. The white X-RAY has all the original assembly line parts and content from the 1987 GNX, except of course the black paint. 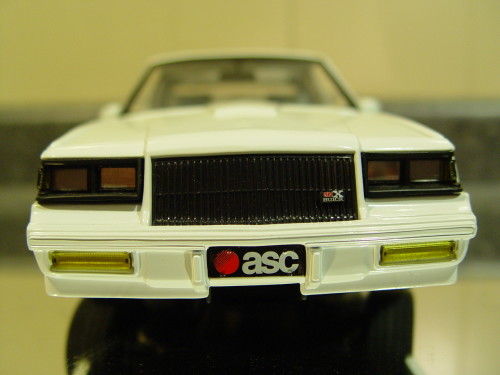 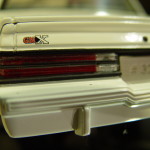 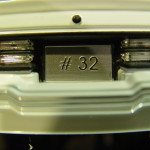 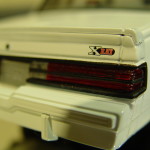 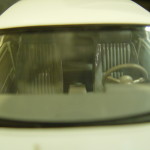 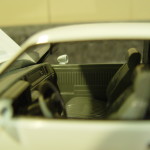 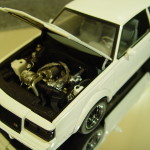 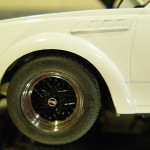 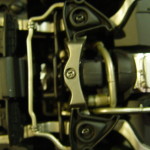 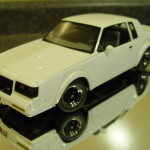 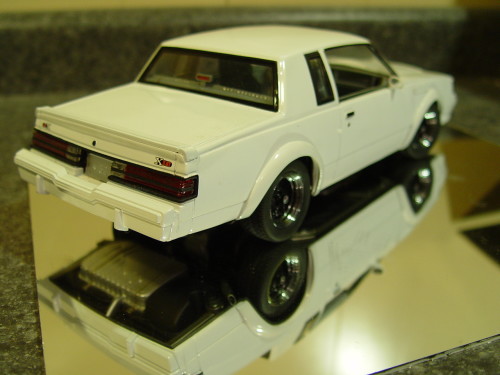 NEXT car in the series: 1985 Buick Grand National.
Be SURE to check back tomorrow to see it!

The 7th Turbo Buick model GMP would produce was XRay.

Rick Hunt’s GNX XRay has stirred up a lot of controversy over the years.
Fortunately, it was never caused by Rick.

He has always been forthcoming about the fact that his car is NOT a white, original GNX, despite the rumors that had been created by others (you know, like, GNXs are twin turbo, that sort of uneducated rumor).
Yes, it has all properly installed, original GNX parts, because Rick worked at ASC.

This lithograph is likely the best laid out of all that we did.
It’s in my top five favorites, but it’s likely number 1 in presentation.
They are gorgeous in my opinion and the artwork theme perfectly captures the essence of the subject. I’m very proud to have been a part of its creation.

Rick Hunt was a true gentleman at the signing when I met him and thrilled to be part of both the diecast car and the lithograph that commemorated his creation.
He even had a professional “XRay” logo made that looks very similar to a real GNX logo.