Here’s a pic of my 87, originally from Canada.

I’ve been after one for a long time as there are only a handful here in Australia, it’s in great condition and a really fun car to drive.

It was recently used in a lingerie video, that was a fun day!

It’s been slightly modified, Turbotech 5.7 chip, bigger injectors and fuel pump and after a total brake failure I replaced the powermaster system with a power boost system.
So now it goes and stops as it should.
It runs 11.7 at 121mph in the quarter, which is fast enough for me.

It takes prides of place in my mancave with my 64 Riviera and my soon to be finished Nailhead powered 33 Ford Woody.

That is me in the first pic.
2nd pic of car in mancave.
3rd pic: Here is the Gbody Regal at an Australian car show, notice all of the U.S. vehicles in attendance! 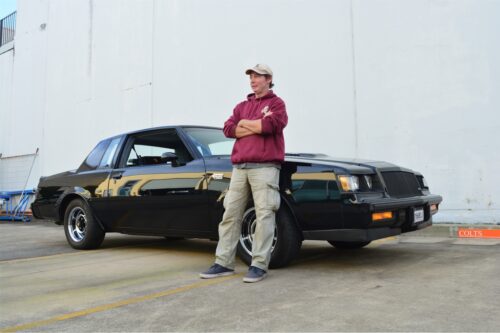 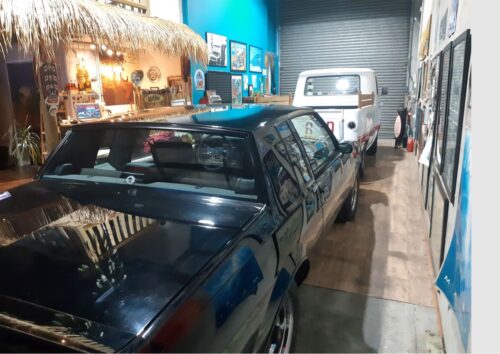 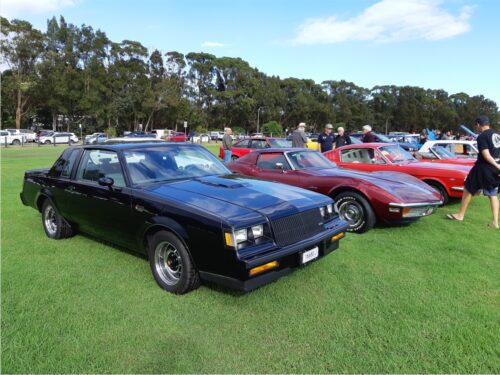 ******
Want to share your own “Regal Tales” with us, so we can share it with others?
Racing stories, car buying adventures, auto experiences, or just have your own Gbody Regal car posted on here as a Turbo Buick Owner?
(click any of those links to be taken to the page where you can find out how!)
******