NASCAR Buick Regal race cars were popular in the early 1980s stock car type races, and still are today in certain racing circles.
Not to mention that this was kind of the beginning to the early stages of the popularity of what would become the legends that we commonly now of today.

Fans have their favorite race car drivers, and the G-body Regal vehicles that they drove.
Many model cars from this era were recreated in diecast form, but not all of the racing automobiles that actually drove the tracks.
So what are collectors suppose to do when nothing was made for those?
Create their own custom cars, of course!
Use another Buick Regal donor car and have at it to make your own!
Check these out! 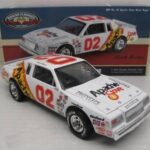 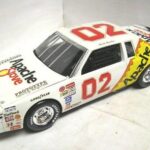 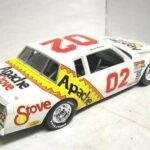 This 1:24 Marty Robbins 1981 Buick Regal NASCAR custom creation started life as the Richard Petty car, and converted over to look like this: 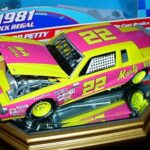 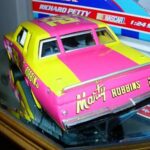 This custom creation is the Benny Parsons 1983 Buick Regal stock car, made from one of the NASCAR model race cars: 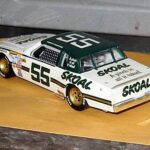 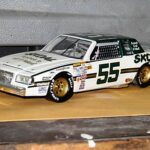 Even though there were a few actual made die cast cars of Harry Gant’s Skoal Bandit car, one race car fan collector decided they wanted to make their own version. Starting off using a Racing Champions model, this custom recreation looks good! 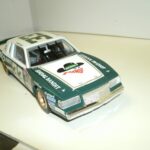 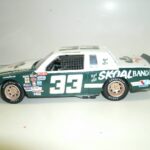