In an effort to eventually replace all of the stock light bulbs in the 1987 Buick Grand National with LED style bulbs, this next set is a rather simple one. 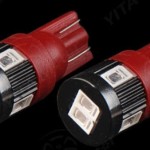 The side marker lights consist of 2 yellow (amber) in the front corners, and 2 red on the back corners.
Of course, while you are replacing the ones in the back, you should also switch out the 2 center ones as well using the same type of red LED’s.

There’s many LED bulbs to pick from, but we chose the 6-light type (2 on the front plus 4 on the side) with a 6530 chip (for high-power brightness).

FRONT:
1. unscrew the headlight bezel (4 screws, see pic for location).
2. twist the light socket & pull out.
3. remove bulb, replace with new light.
4. return socket to original position.
5. reinstall bezel.
6. do the other side the same way.

That’s all you need to do. Mission accomplished!

(TIP: when you buy bulbs, get the ones with side-facing projection as well as front-facing, since you want the light shining across all directions – which is especially important for the front side marker lights!) 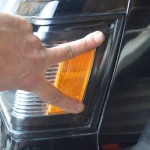 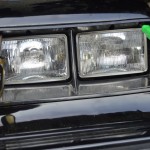 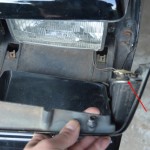 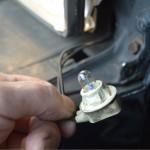 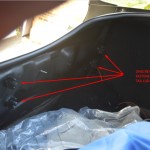 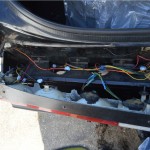 pull out the housing 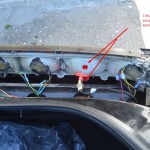 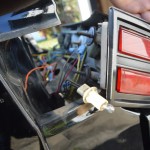 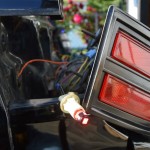 with this LED bulb 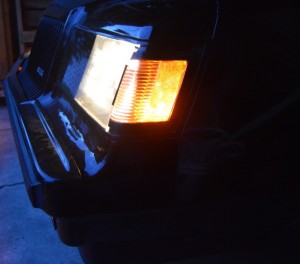 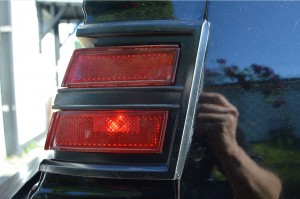 you can see how much brighter these LED’s are – even during the day!