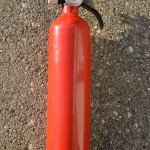 I saw someone else do this to their fire extinguisher and thought it was a pretty cool idea.

And since lots of neat ideas come from other peoples inspirations & creations (“imitation is the most sincerest form of flattery? …”), I decided to make my own version of this to put in the 1987 Buick Grand National. 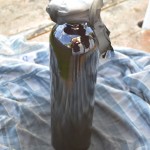 You start out with a regular car sized fire extinguisher.

Remove the safety label(s) & clean off the glue residue.

Make sure the entire surface is clean & smooth, lightly sand if need be. 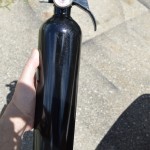 Tape off the handle & gauge, then paint the bottle black.

I took 3 different colored Buick turbo 6 arrow decals (red, yellow, orange) and layered them onto the bottle (just for a different kind of look, as opposed to using a solid arrow, or the 2-colored Buick GN arrow). 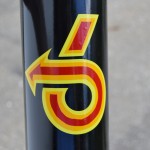 First, a yellow one at the bottom, then orange (which was cut down a bit to fit inside the yellow decal), and finally red (again trimmed down smaller) on top. 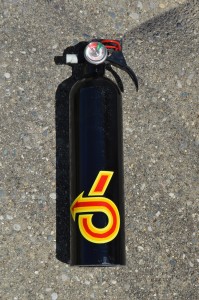 less than an hour on a hot sunny day.

Looks awesome inside the interior of the Turbo Buick! 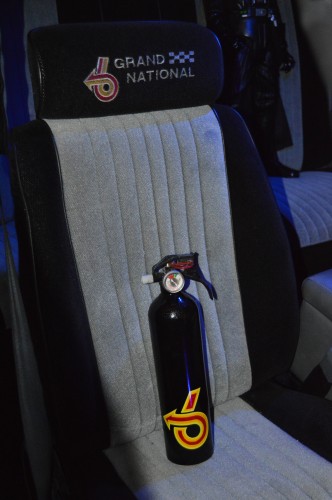