There’s a few choices when it comes to the center caps for your wheels.
If you’re using the factory buick type rims, that middle section is mostly interchangeable on GN & T type rims, depending on the specific year & rim you’re using.
.
(see the buick gnx type of center cap here)
.
The original (1984 & 1985) GN rims (with the area between the spokes painted black), which later became the stock T-type wheels (in 1986 & 1987, minus the black paint), used a fully round cap that snapped into place onto the rim via “tabs” on the back.
{which didn’t actually hold on the rim if any of the tabs were broke or missing}.
Available with the tri shield logo on them (black was the stock color they came in, but you could acquire chrome plated ones, which look excellent on cars that have other chrome features).
.
The 1986 & 1987 Grand National wheels used a mostly round shaped type cap {N83} but had 5 indents where the lugnuts were located, and that’s what held them onto the rim. 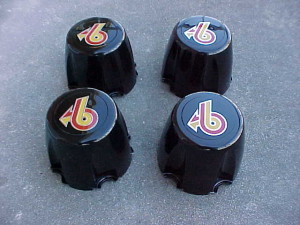 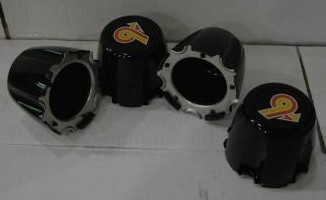 .
The caps shown below, will fit onto this style of buick rims:
. 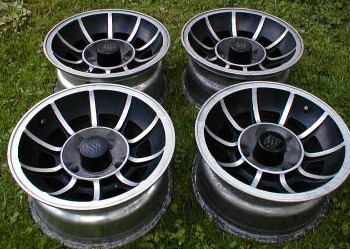 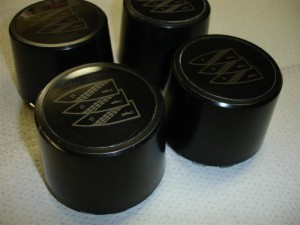 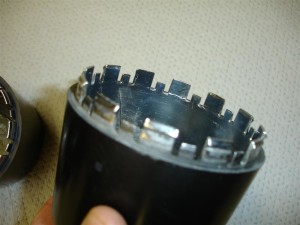 the ‘tabs’ that held the cap in place 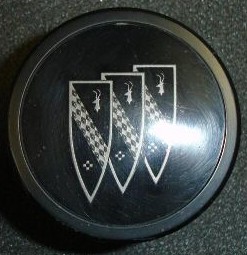 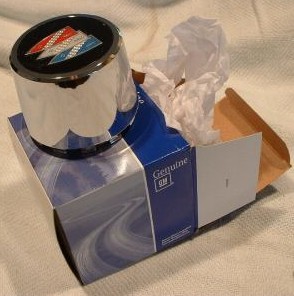 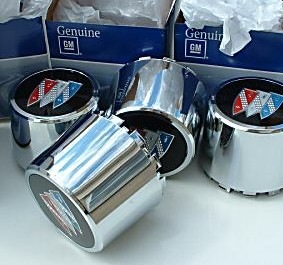